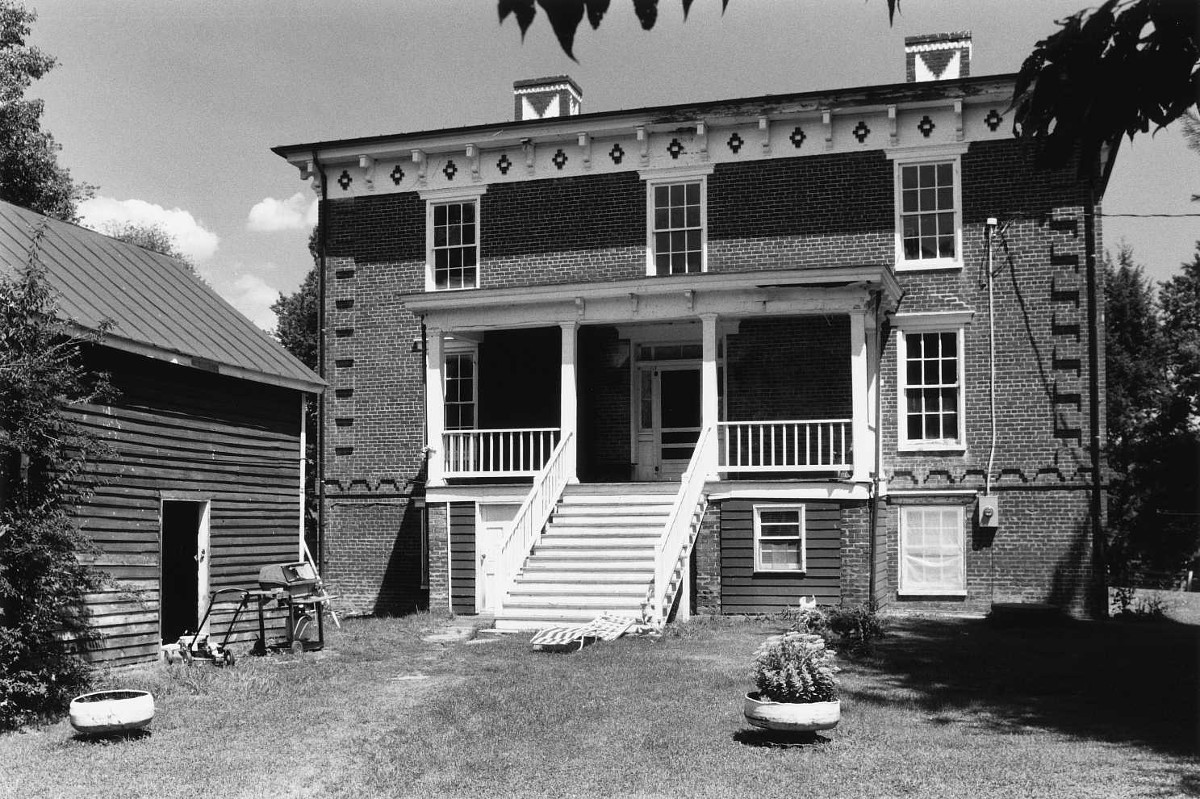 A forthright example of country Italianate architecture, Elmwood has the added distinction of preserving interior painted decorations executed in the 1870s by Joseph Dominick Phillip Oddenino. Oddenino was born in Italy in 1831 where he designed patterns for linen in a family business. He emigrated to America in 1862 and served as a musician in the Union army. Following the war, he settled in the Virginia Piedmont because it reminded him of his native Italy. Here he earned a living painting architectural decorations using the medium of fresco. His commissions included Mitchells Presbyterian Church, Hebron Lutheran Church in Madison County, and the Culpeper County Courthouse. The decorations in Elmwood employ patterns of columns in the hall, panels in the parlor, and floral ceiling medallions. The house was built in 1870 for William H. Browning. Little changed since the 19th century, it remains the property of Browning’s descendants.