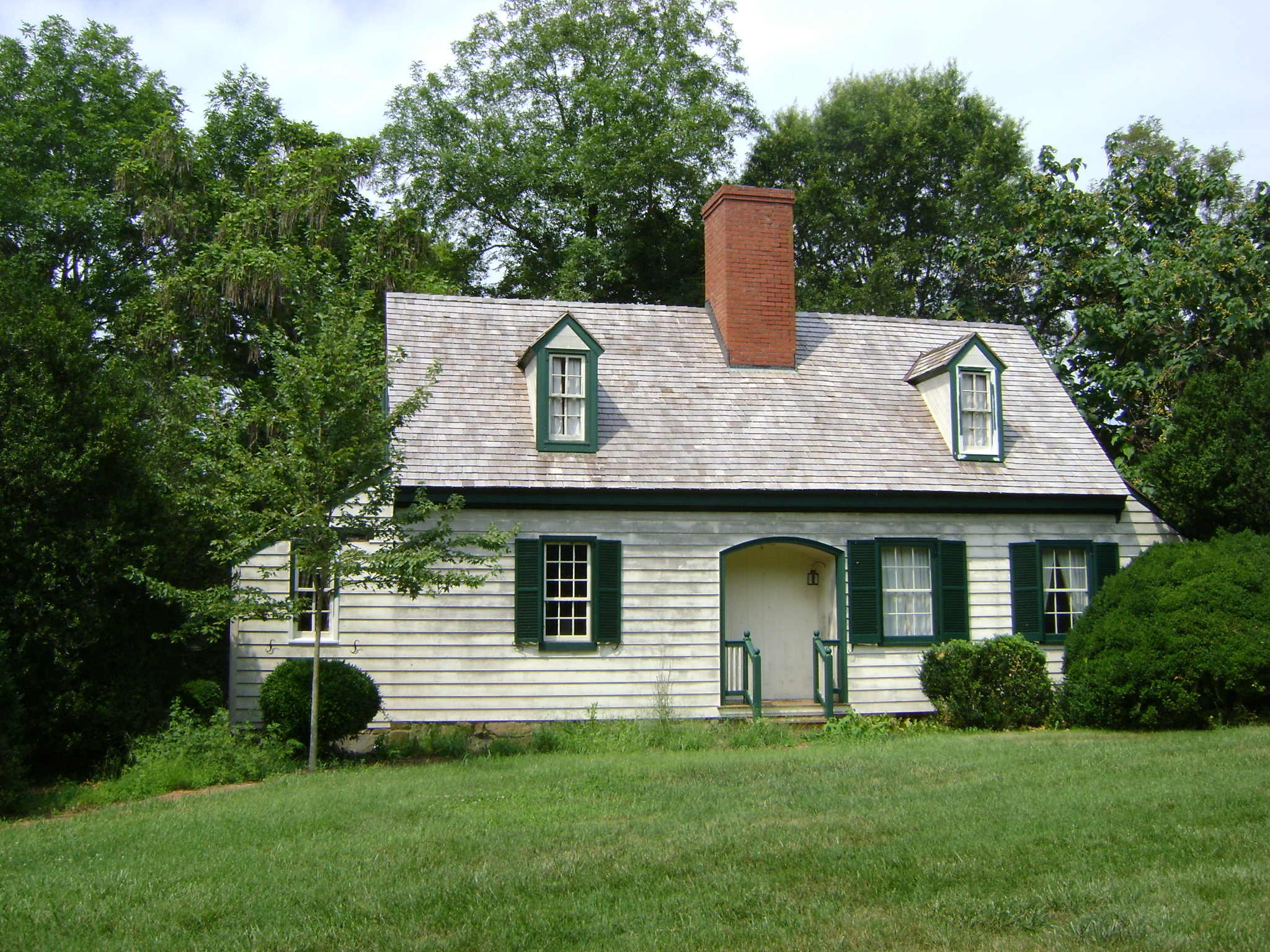 The core of the evolved Locust Grove dwelling is a rare example for its locale of a middling farmer’s residence of the colonial period. It began as a 16′ x 20′ structure of dressed pine planks with full-dovetail notching and may have been built as early as 1735 for William Willis. Except for beaded ceiling joists, the original interior was extremely plain. A single-room frame addition was constructed a decade or so later, and the whole was covered in weatherboarding. Mantels were added during the Federal period along with the present boxed stair, replacing the original ladder stair. This Culpeper County house was further expanded by four lean-to units, the last attached ca. 1840. The resulting structure illustrates the improvements in housing that accompanied the rising prosperity of area farmers. Isaac Willis, who lived here from 1774 to 1867, owned 150 head of livestock and a “pleasure carriage.”