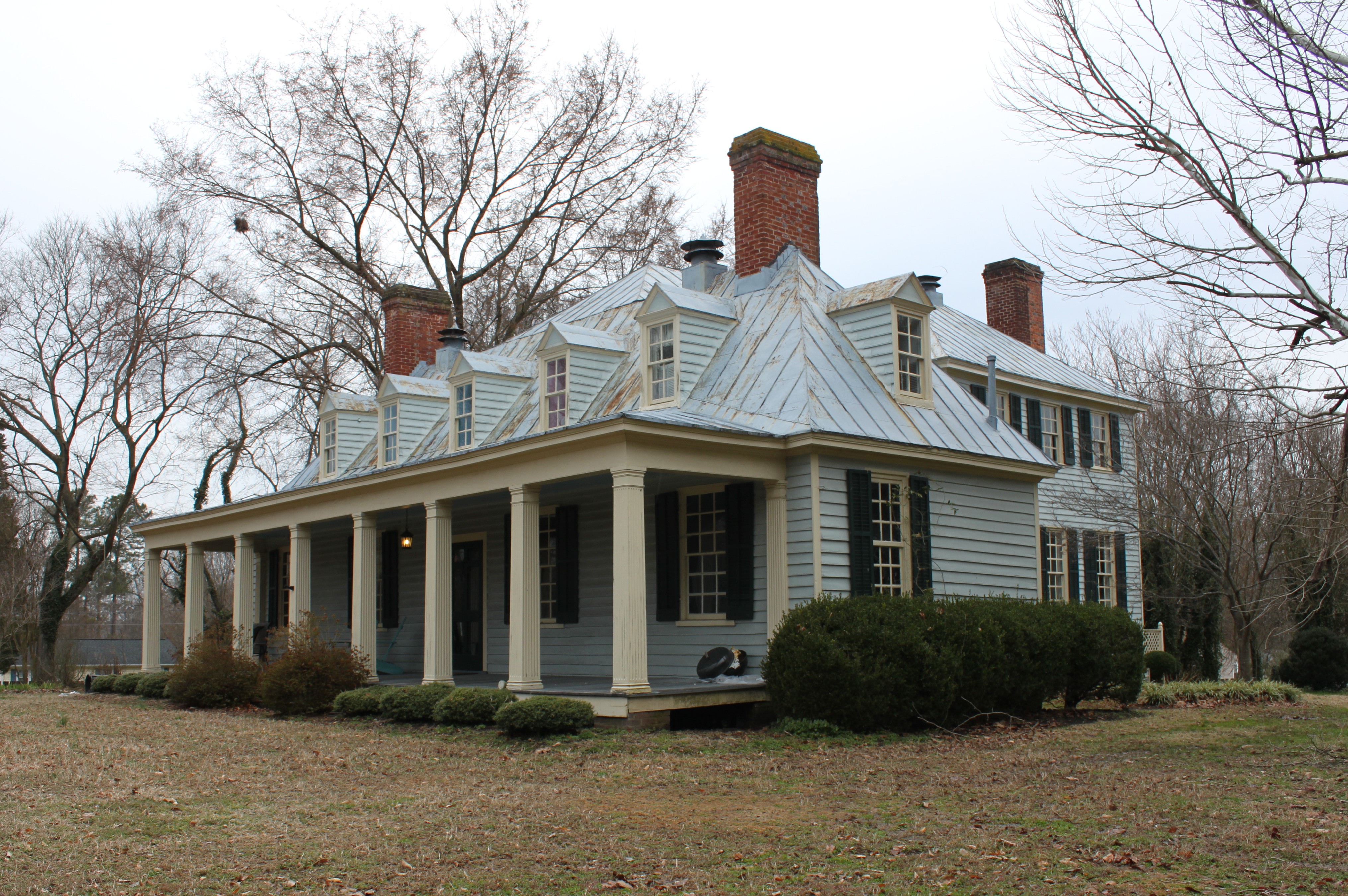 This plantation house is one of a group of noteworthy dwellings associated with Roger Atkinson (1725-1798), a Petersburg tobacco merchant and land speculator. Atkinson purchased the property in the 1760s and apparently added the two-story section to an existing early 18th-century story-and-a-half dwelling. During the 1830s Mansfield was owned by Hugh A. Garland, who operated a girls’ school here and was also a biographer of John Randolph of Roanoke. With its ambitious interior woodwork and unusual form, Mansfield is one of several neighboring rural plantation dwellings that bear the mark of highly accomplished craftsmen. The drawing room paneling and the Georgian stair are some of the finest colonial woodwork in the county. Mansfield’s historic setting was significantly compromised in recent years when scores of small houses were built on the surrounding fields.