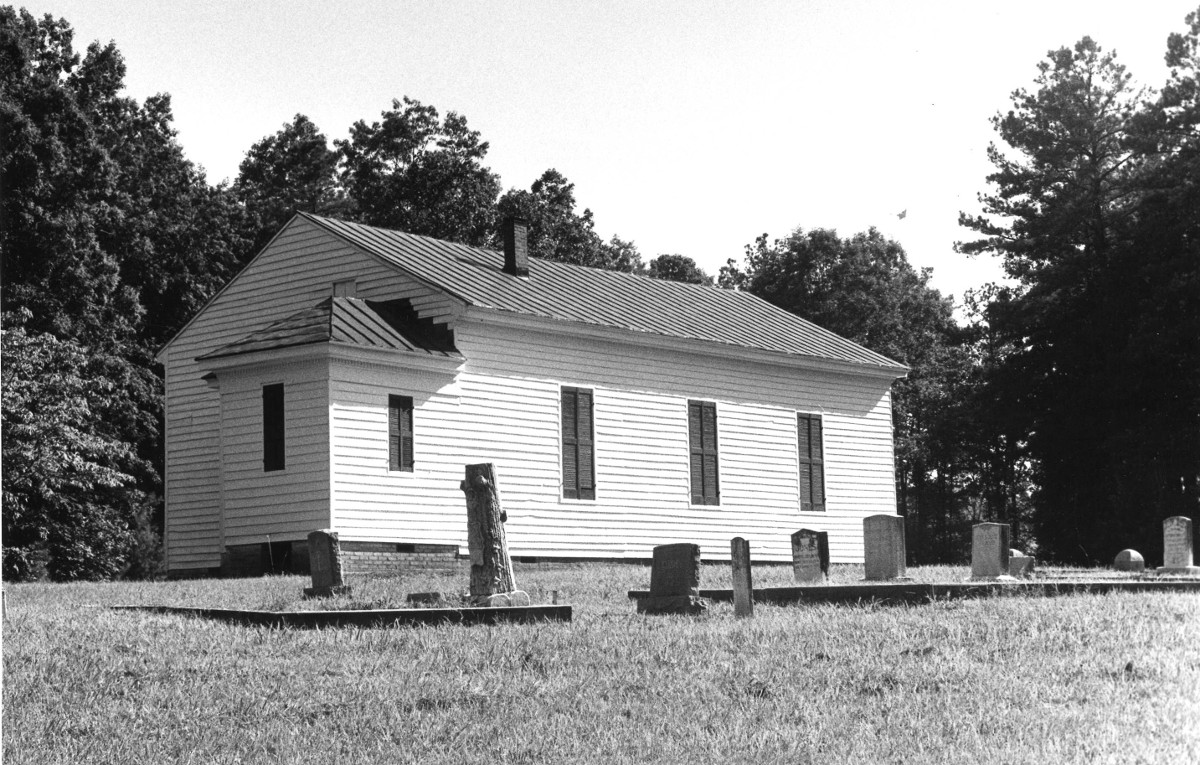 From 1763 to 1801 Sapony was served by the Rev. Devereux Jarrett, a proponent of Methodism within the Anglican, and later Episcopal church. Jarrett was one of Virginia’s few Anglican clerics to be affected by the Great Awakening. His several religious revivals were described in his Brief Narrative of the Revival of Religion in Virginia (1778). The tombstone of Jarrett and his wife stand inside the church. Sapony was built in 1725-26 by Edward Colwell. Tradition has it that the building partially collapsed after a service in 1869, but was soon repaired. It was further remodeled in 1896-98. Despite these changes, much colonial fabric, including window sash, paneled wainscoting, and sections of the original pews and communion rail, remains. A rare survival is an early trestle communion table. Although a landmark of American Methodism, Sapony has remained in the Bath Episcopal parish and has been designated a shrine church.