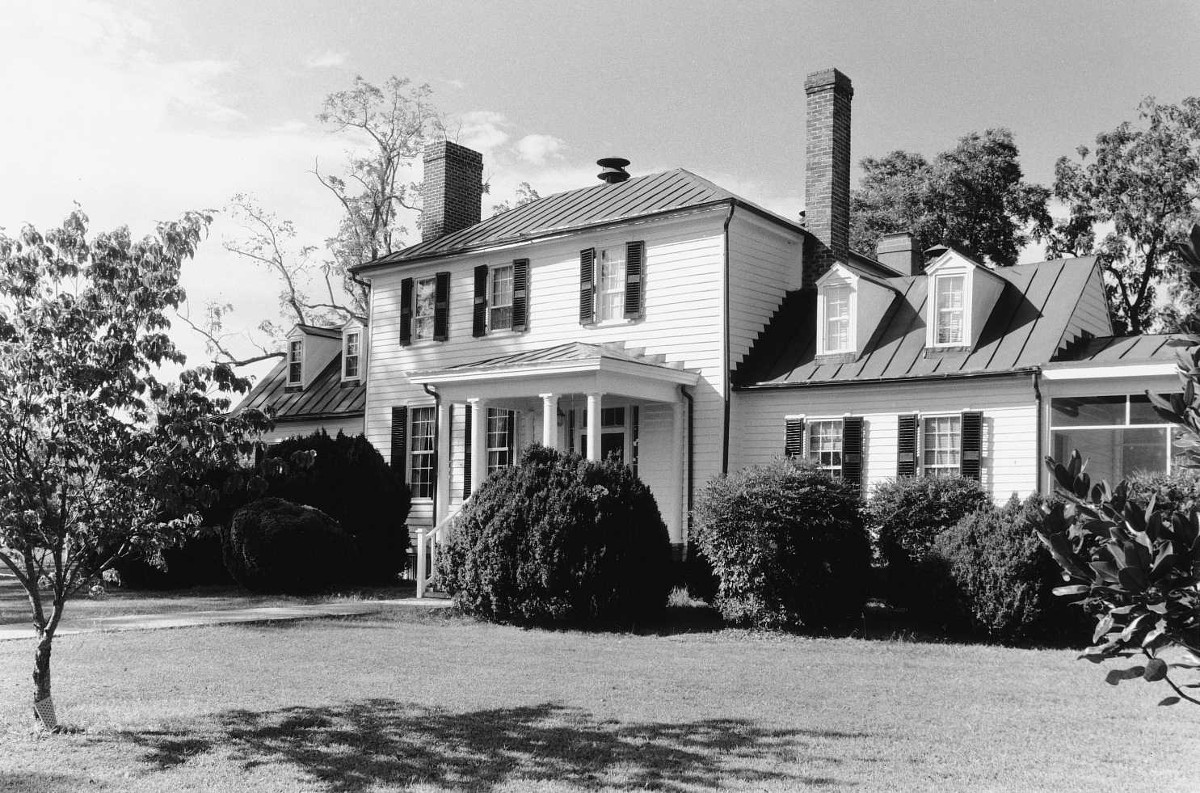 The earliest portion of this venerable plantation house was built in the mid-18th century for Robert Coleman. The plantation subsequently passed through marriage to the Peterson, Goodwyn, and Gilliam families to the current owners. Evolved to its present form by additions and changes, the rambling frame structure has interior woodwork in Georgian, Federal, and Greek Revival styles. The plantation, one of the oldest continuously operated farms in the region, derives its name from British colonel Banastre Tarleton’s burning of a grain quarter on one of his marauding expeditions during the Revolutionary War. On April 1, 1865, the property became the scene of fierce fighting during the battle of Five Forks. The house was used as a Union headquarters. A series of family portraits, slashed by the soldiers, still hangs unrepaired on the parlor walls.