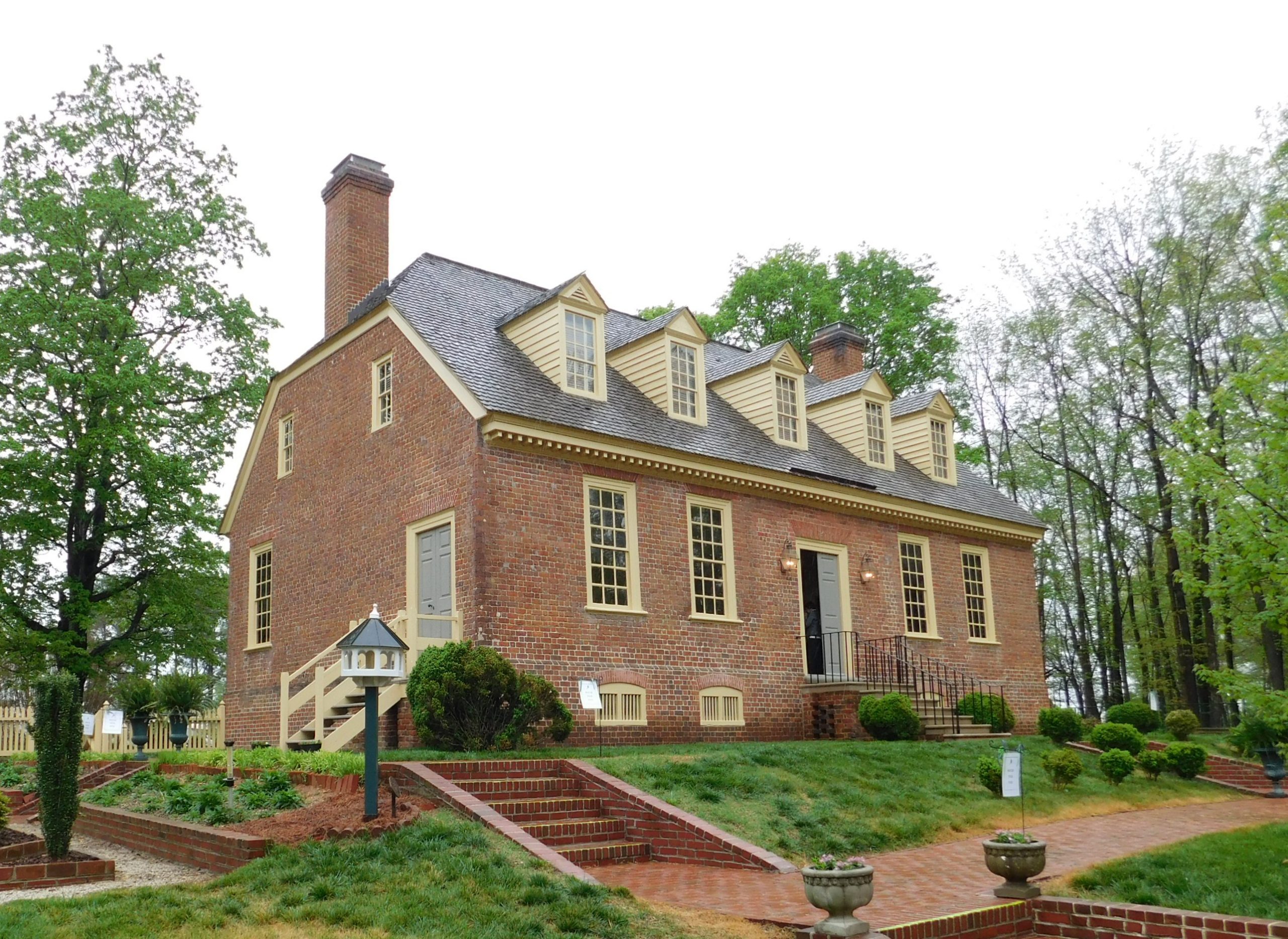 Mayfield Cottage, the oldest brick house in Dinwiddie County, is a classic example of formal, mid-18th-century Virginia architecture. Its distinguishing features include a clipped gable roof, symmetrical five-bay facades, and paneled interior. The earliest documented owner was Robert Ruffin, who lived here until 1769. Later it belonged to Thomas Tabb Bolling and then to the Goodwyn family. Gen. Robert E. Lee watched the final action at Petersburg from Mayfield before the retreat that ended at Appomattox. In 1882 the property became the site of Central State Mental Hospital. The house, long hidden from public view by surrounding hospital buildings, was spared demolition in 1969 when it was moved intact one mile to its present site on the edge of the hospital property. It has since been carefully restored for service as an inn.