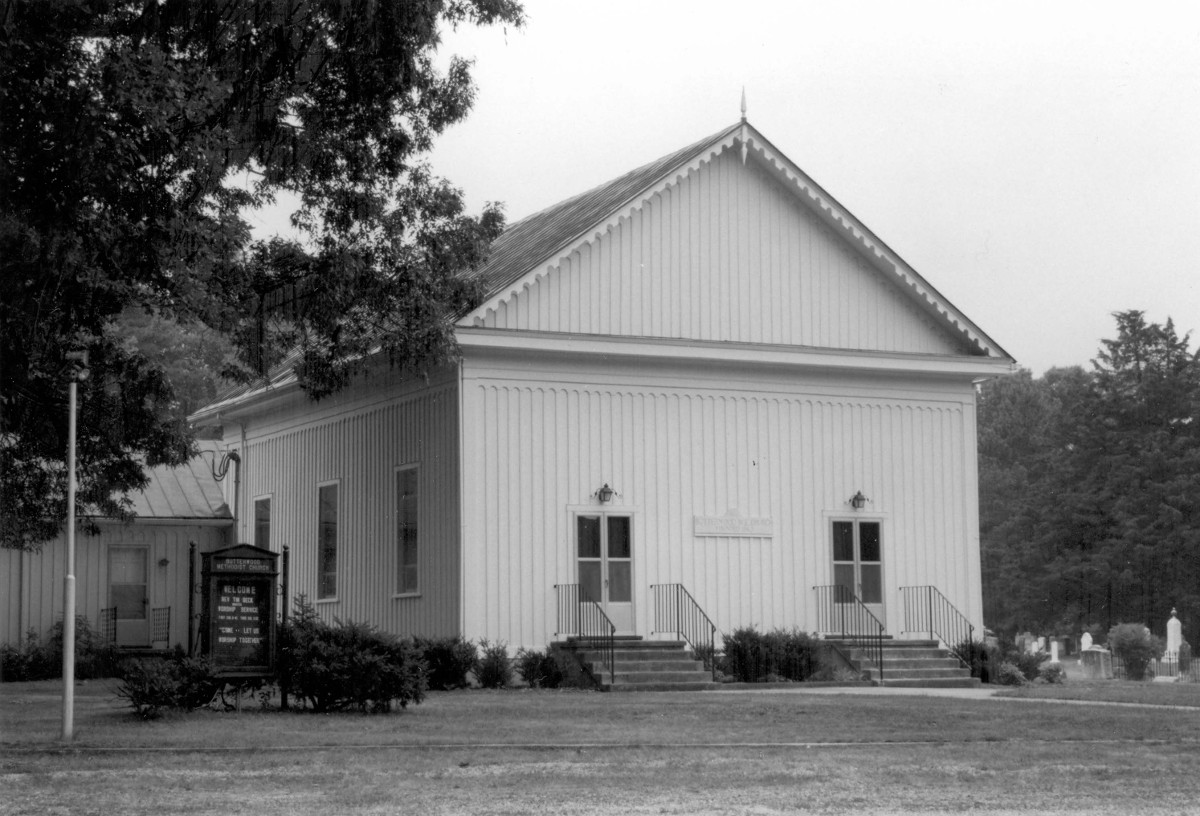 Butterwood Church and Cemetery was one of three 18th-century chapels in what became Bath Parish in 1752. Devereux Jarratt, an important figure in the “Great Awakening” became rector of the parish in 1763 and gave his first sermon at Butterwood. The first building at Butterwood was replaced by the present picturesque Carpenter Gothic building in 1866-67. It was constructed by William Randolph Atkinson, whose carpentry tools are preserved at the church. On the eve of World War II, 48,000 acres of Dinwiddie and neighboring counties were acquired by the U.S. government to create Camp (now Fort) Pickett. From this area, graves from two churches and many farms were moved to sites on the edge of the Pickett reservation. About a thousand graves from white cemeteries were moved to land adjoining Butterwood’s original cemetery, and about 2,000 from African American cemeteries to a separate parcel off Route 613. Butterwood Cemetery symbolizes a homefront sacrifice made by this rural community to the war effort.