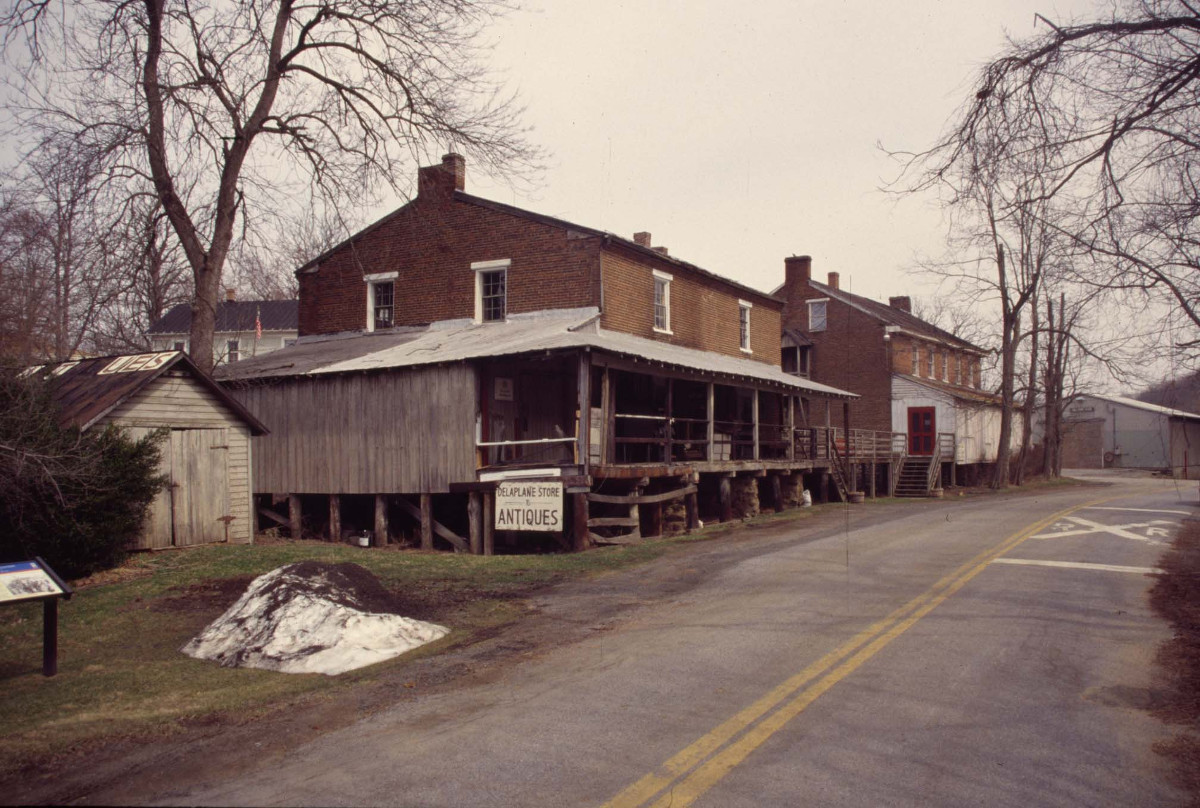 Delaplane Historic District is located in the village of Delaplane along the old Winchester-Dumfries Road (U.S. Route 17) amid gently rolling farmland at the southern end of the Crooked Run Valley Rural Historic District. The village, first known as Piedmont Station, grew up around the intersection of the highway with the Manassas Gap Railroad, which opened in 1852. The old rail line (now the Norfolk Southern) is still in use today, and two nearby structures, one a warehouse, the other a store, are rare examples of antebellum brick buildings associated with a Virginia railroad. Six late 19th- and early 20th-century residences and commercial buildings are in the district, while the remaining properties date to the 1920s through 1950s. Delaplane is also significant as the site of the first use of railroads in history to transport troops to battle, when on July 19, 1861, Brigadier General Thomas J. (later “Stonewall”) Jackson’s brigade boarded trains here and rode to the First Battle of Manassas.