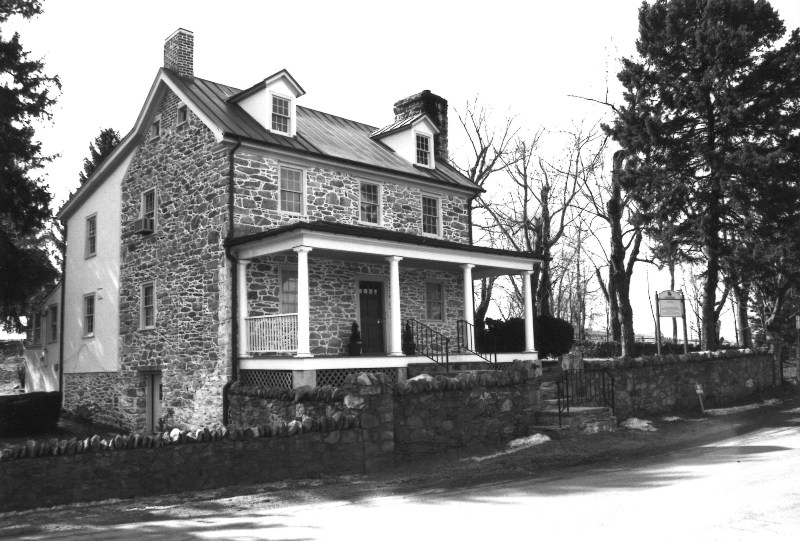 Situated along one of the best-preserved sections of the original 1820s-era Ashby Gap Turnpike, Atoka Historic District features seven historic properties in the village of Atoka, including four dwellings and their various outbuildings, two commercial buildings, and a stone springhouse. Originally called Rector’s Cross Roads, the village arose in the first half of the 19th century where the road to Rectortown intersected the Ashby Gap Turnpike (now U.S. Route 50), which linked Paris, Aldie, and Alexandria to the east. During the Civil War the village was strategically important for its location on the turnpike and also because of its abundant supply of good spring water. Mosby’s Rangers established their command headquarters there at various times between 1863–65, when the area was referred to as “Mosby’s Confederacy.” In late June of 1863, shortly before the Battle of Gettysburg, J.E.B. Stuart and his men camped near the spring, which, because of its intact springhouse, continues today to be a highly visible landmark on the old turnpike. In the early 1890s, the village became Atoka after a post office was established there. Atoka retains an unusually high level of integrity of its historic structures and its unspoiled rural setting that recalls its earlier function as an important crossroads community in Fauquier County.