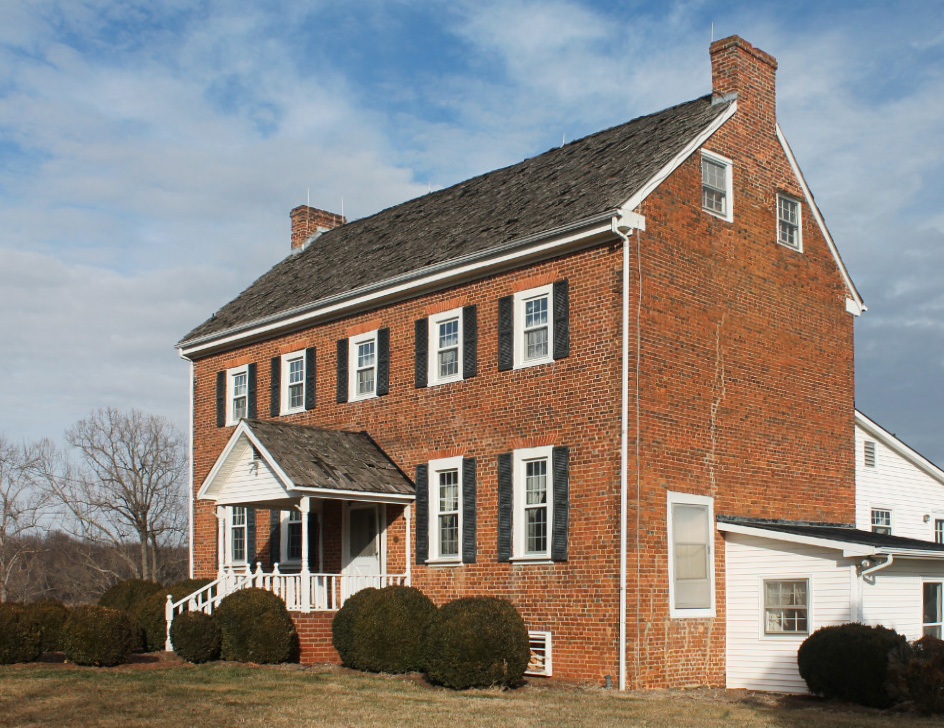 The Burwell-Holland House in Franklin County was built in 1798 as the home of Colonel Lewis Burwell, originally of Mecklenburg County and the James River plantation family of Kingsmill. Once part of a 3,000-acre tobacco plantation, the nominated 26-acre parcel remains a working tobacco and dairy farm in the rural community of Glade Hill. Eight 19th- and 20th-century outbuildings, including a log blacksmith shop and smokehouse, surround the original two-story, four-room, center-passage-plan, Federal-style house. The house exemplifies the type of dwelling built by large Tidewater plantation owners during westward expansion of land grant holdings after the Revolutionary War. Burwell served as a member of the Virginia General Assembly, as the first congressman from Franklin County, as a personal secretary to Thomas Jefferson, and as a trustee to supervise the establishment of the new courthouse town of Rocky Mount (then Mount Pleasant). In 1850, Burwell’s neighbor Thomas J. Holland purchased the property. The Holland family, which still occupied the house at the time of its listing, renovated and made additions to it in 1976.