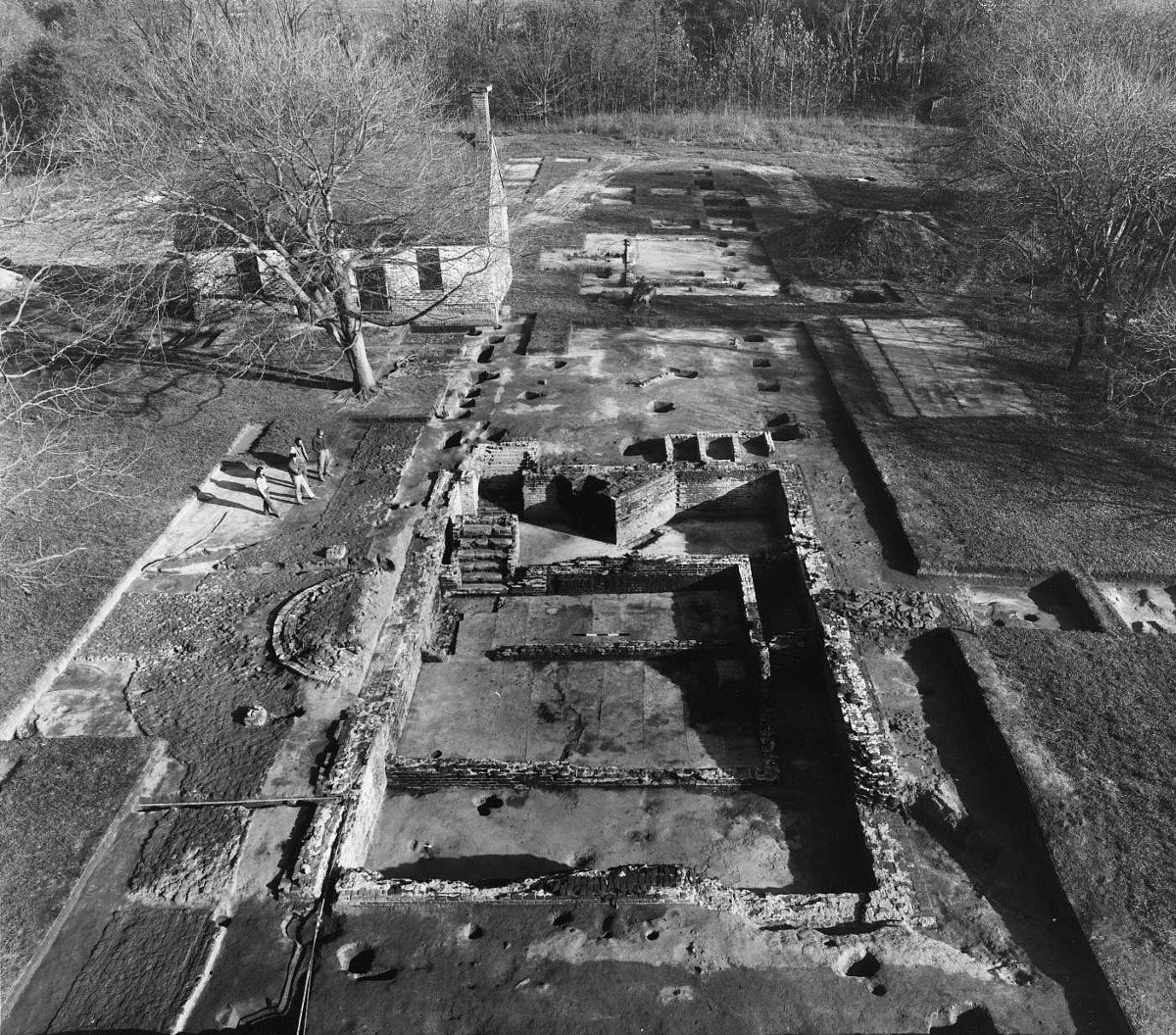 This large tract along the James River boasts a series of colonial archaeological sites excavated by state archaeologists between 1972 and 1976 under the sponsorship of Anheuser Busch, Inc. The principal site (shown), marked by a pair of brick dependencies, is of the ca. 1736 mansion of Lewis Burwell. Excavations showed the house to have had a formal plan, elaborate paved forecourt, terraced gardens, and numerous outbuildings. Burwell’s Landing nearby contains an 18th-century warehouse and tavern site as well as Revolutionary War and Civil War fortifications. In addition, three 17th-century sites provided information on the material culture in the early colonial period. These and various other sites have been preserved and incorporated into the landscaping scheme of Kingsmill on the James, a residential community developed by Busch Properties, Inc.