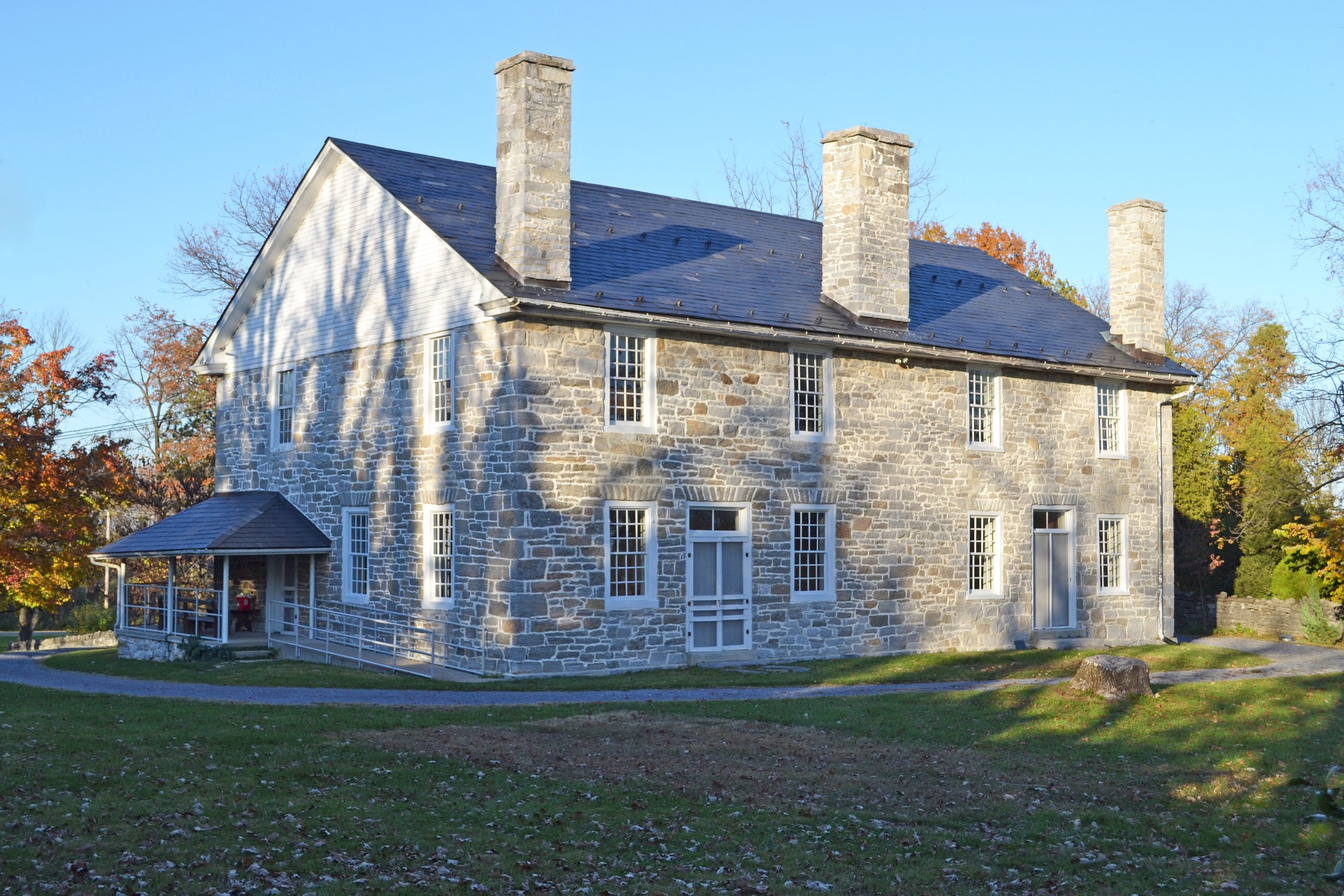 By the second quarter of the 18th century, large numbers of Pennsylvania Quakers began moving into unsettled lands of Northern Virginia and the Shenandoah Valley and founding new communities. The Hopewell Meeting of the Religious Society of Friends was established in Frederick County in 1734, and in 1759 the congregation replaced its first meetinghouse with the earliest portion of the present building, erected by Thomas McClun. The limestone structure was doubled in size in 1788-94. A schism developed within the Society in 1827, and a partition was erected through the interior, as it was in many meetings, so that each group could have its respective meeting place. The factions reunited in 1910, and the partition was removed. Echoing the quiet sobriety of the Quakers, the plain building, one of the oldest houses of worship west of the Blue Ridge Mountains, remains in regular use.