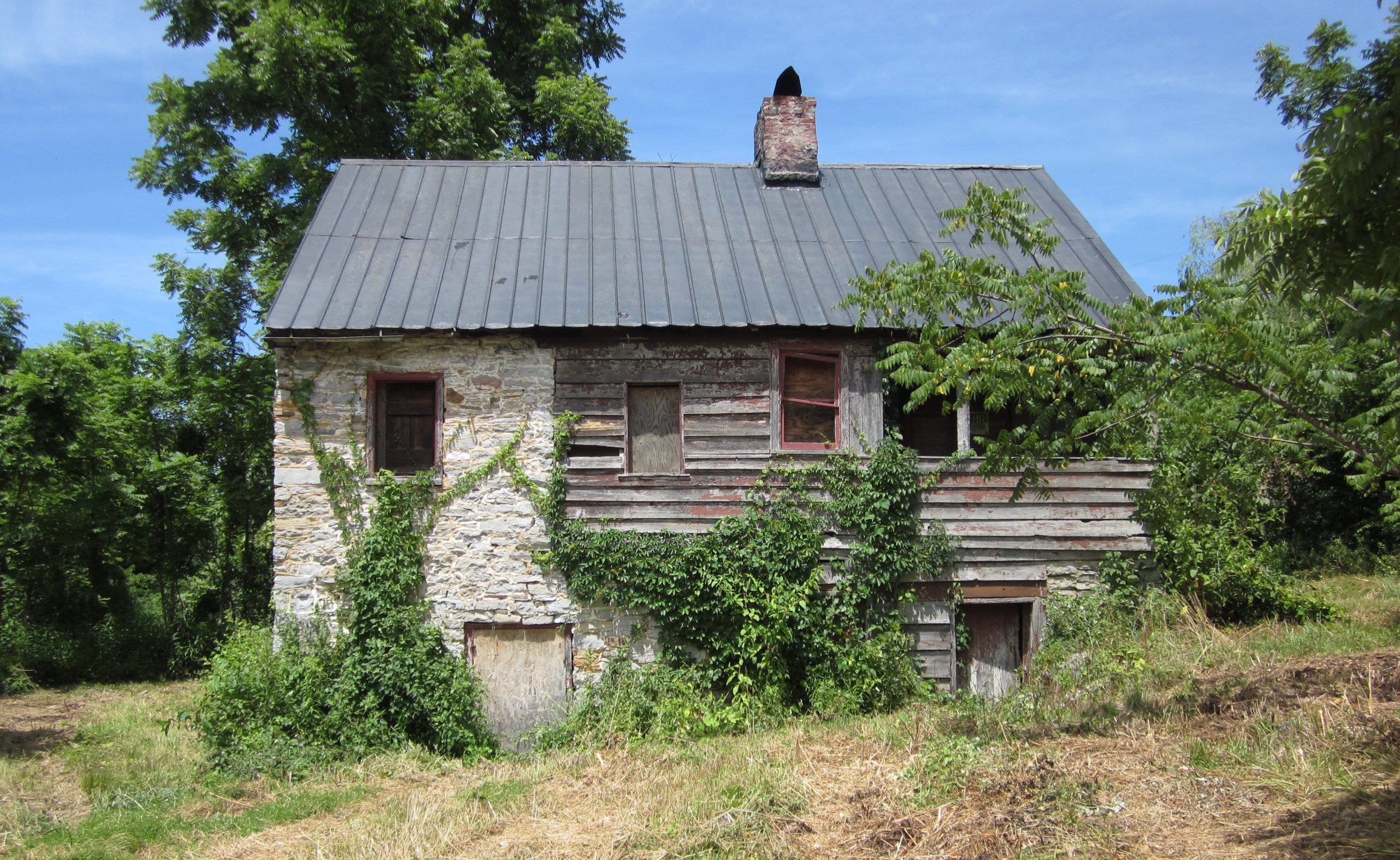 Fort Colvin, built circa 1750 on the bank of the Opequon Creek, is a rare surviving example of 18th-century colonial architecture in the Lower Shenandoah Valley. A representative of architecture commonly found in the Ulster region of northern Ireland, it is believed to have been built by some of the first European settlers in this area of Virginia. Local legend holds that the house was built as a settler’s fort by Joseph Colvill, a local brewer. The settlement to which the house belonged was the first multi-ethnic settlement established west of the Blue Ridge Mountains in Virginia, containing 22 households of Scots-Irish and German settlers, and may have served as the basis for settlement in the remainder of the Lower Shenandoah Valley. Though other houses of this period survive, Fort Colvin is unique in that it retains characteristic form and architecture, such as the small, one-and-a-half-story rectangular design, with a central stone chimney. Fort Colvin thus presents the opportunity for further study into the early European settlement of this area, both through the traceable influences on its architecture and the archaeological potential of its surrounding land to inform historians about early farmstead life in the Valley. In June 2007, a preservation easement was placed on the property.