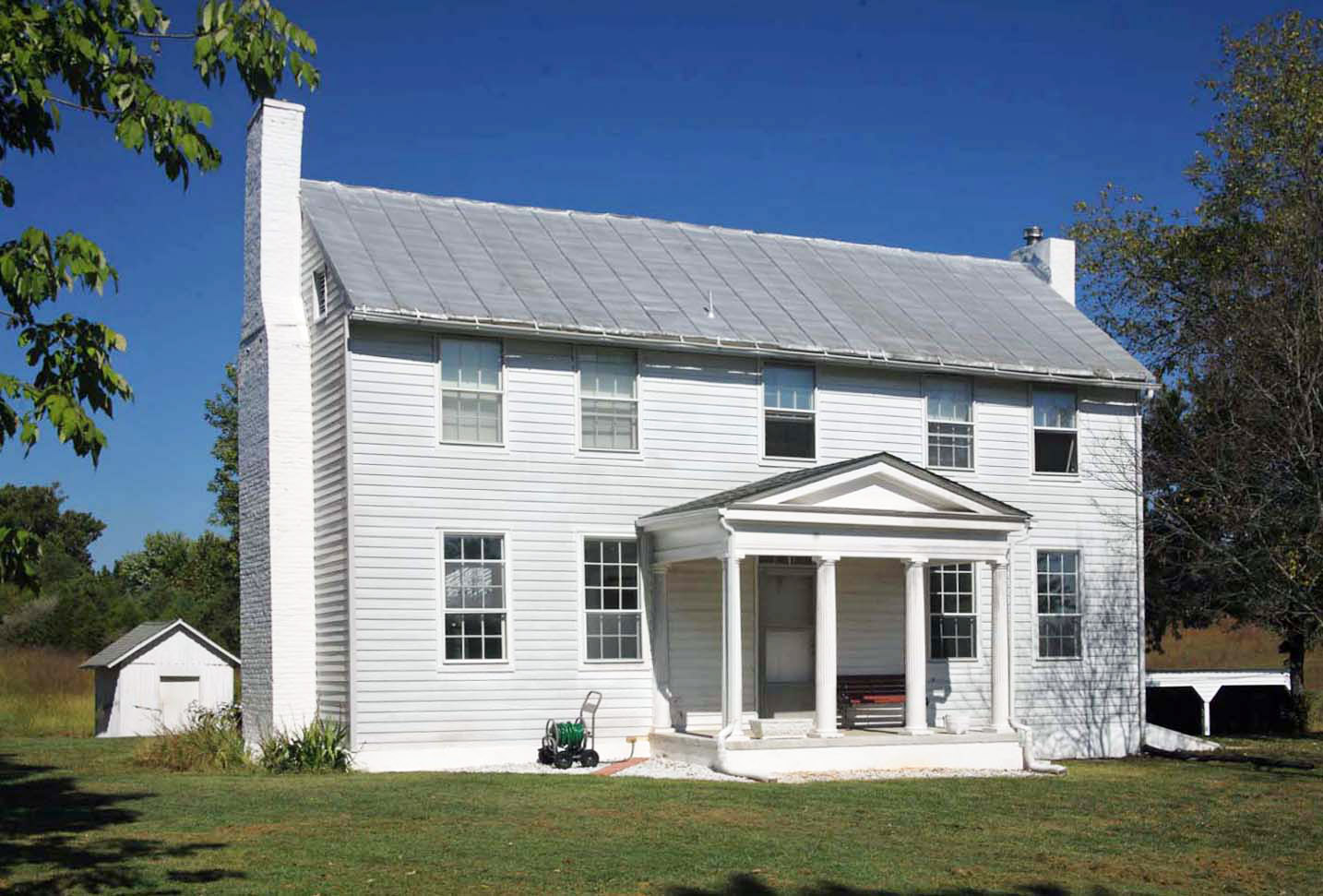 Thorndale Farm, near Middletown in Frederick County, includes a house with a central-chimney portion dating to the 1790s. A Greek Revival-style main block was added to the original house around 1855. Capt. John Larrick, a member of the Virginia Militia from 1779 until 1782, the year of his death, received the property through a 1760 land grant from Thomas Lord Fairfax. The property remained in the hands of Capt. Larrick’s descendants until 1940. During the 1864 Civil War battle of Cedar Creek, Thorndale Farm was the scene of a devastating Federal assault in which Col. Charles Russell Lowell, a scion of the prominent Massachusetts Lowell family, was fatally wounded. At the time of its listing, the rural setting for Thorndale Farm was largely unchanged from its appearance during the Civil War.