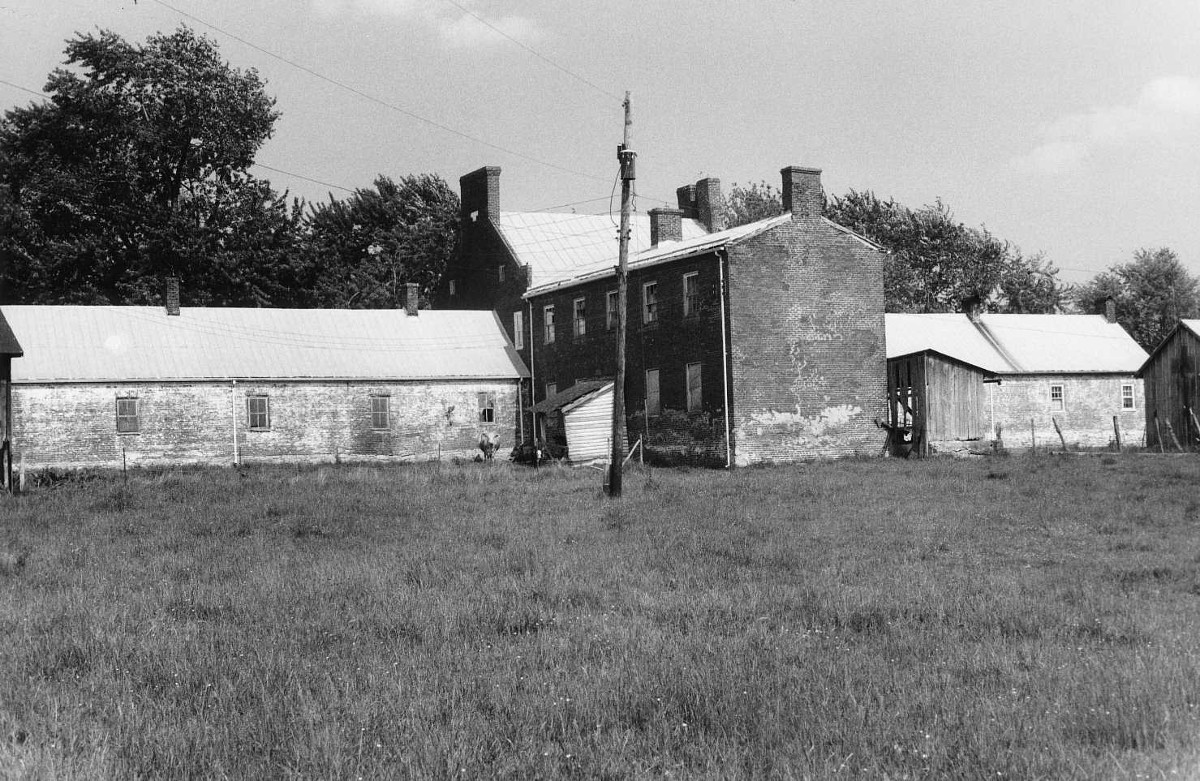 The concept of the county poorhouse developed in the late 18th century from popular assumptions about the nature of poverty. As contrasted with the “undeserving poor,” the “deserving poor” were those who could not work because of age, physical disability, or mental condition, thus meriting public assistance. Frederick County built its first structure to serve the “deserving poor” in Winchester in 1793-94. By 1819 it was thought that better care could be provided in a rural, more self-supporting setting. A farm was therefore purchased and the present complex was developed here. With its central block and flanking residential wings, the farm buildings are the oldest and most intact of such public charity complexes in the state. The facility closed in 1947. The property is now in private ownership with the buildings currently being used for storage.