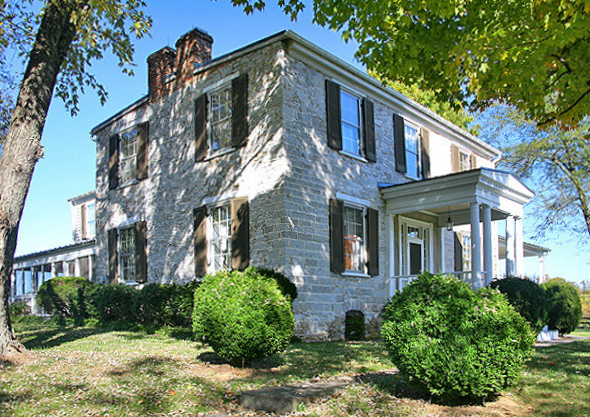 High Banks, in Frederick County, was constructed circa 1753 of local limestone by Thomas and Margaret Helm. The well-preserved two-story Georgian-style residence combines an English house plan with Germanic building techniques that characterize buildings in the northern Shenandoah Valley during its era of initial European settlement, when Virginia’s western frontier was predominantly German. Alterations were made to the house in 1858, and more recently in 1978 and 2000 when architecturally-compatible additions replaced a 19th-century wing destroyed by fire in 1920. Situated on rolling land located along Opequon Creek, the High Banks property also features a post-Civil War bank barn and an 18th-century icehouse pit, both constructed of stone.