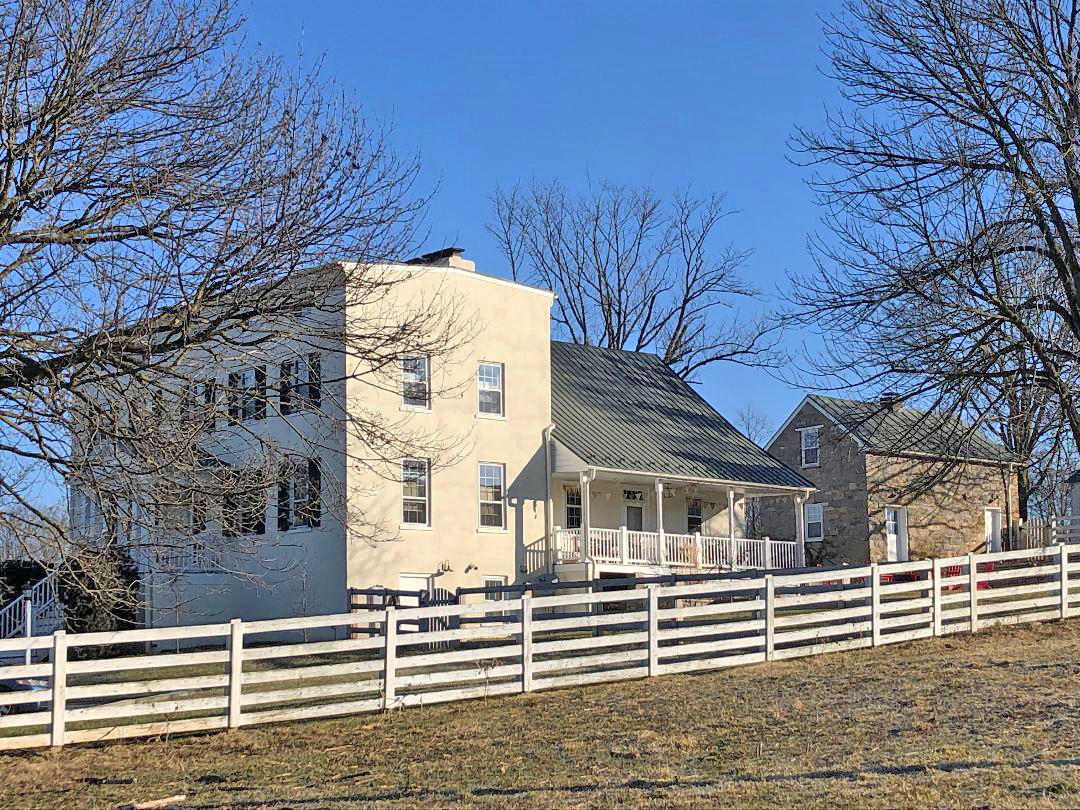 In contrast to today’s restless demographics, Rose Hill Farm is an attestation of family continuity. Samuel Glass, an Irish native, settled in the Opequon Creek area of Frederick County in 1735. Part of his extensive holdings, including the Rose Hill property, were inherited in 1797 by his grandson, Samuel. The log house that Samuel Glass occupied here prior to gaining title is now the rear wing of the present house. In 1816 the farm’s ownership passed to Thomas Glass, a son of Samuel Glass, who built the front section by 1819. The boxy structure, with its shallow roof and row of attic windows, is an area architectural idiom. Fighting took place around the house during the 1862 Civil War battle of Kernstown. In 1952 the property was inherited by Julian Wood Glass, Jr., descendant of Samuel Glass, and is now owned by the Glass-Glen Burnie Foundation.