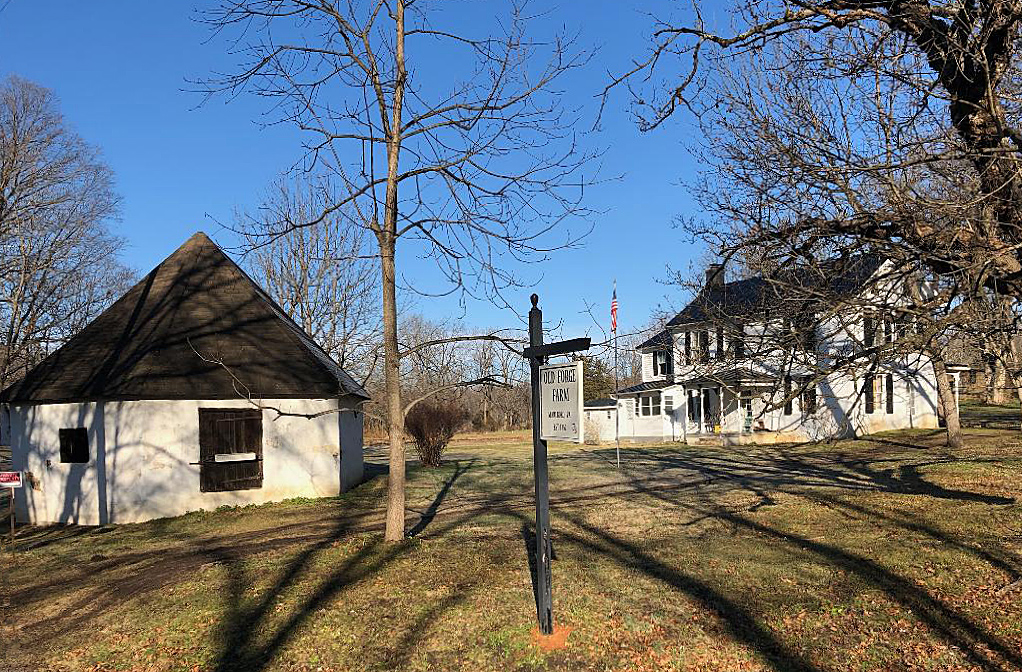 Old Forge Farm is the site of Isaac Zane’s late-18th-century ironworks, the largest industrial operation in the Shenandoah Valley, which employed more than 100 persons to cast and forge pots, stoves, firebacks, and bar iron. During the American Revolution, Zane’s furnace, Marlboro Iron Works, was one of the largest suppliers of ordnance to the Continental Army. A mill on the Frederick County property stands on the partial foundation of earlier mills; rebuilt in the 1930s, it continued to grind feed into the 1950s. Other resources on the farm include a stone dwelling, probably rebuilt within the walls of the original 18th-century house, and an 18th-century stone icehouse that is architecturally significant for its rare hexagonal shape, and may be the only hexagonal icehouse surviving in Virginia. There are also a family cemetery, the foundation of a covered bridge, the furnace site, and evidence of American Indian occupation during the Archaic and Woodland eras.