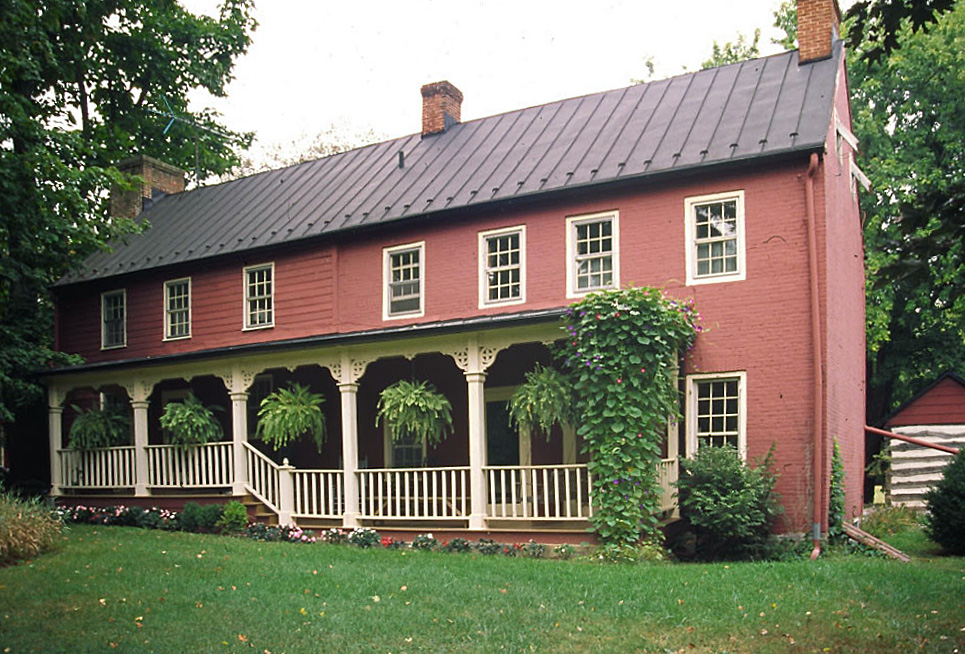 The Crumley-Lynn-Lodge House in rural Frederick County is significant as a remarkably interesting and rare surviving, evolved log house. It embodies several local building traditions, though its earliest section likely dates to circa 1759. It was built for James Crumley, who appears to have come to Virginia via Pennsylvania. The William Lynn family acquired the property with 135 acres in the early 19th century and built a two-story brick addition circa 1830. In 1847, Lynn’s family sold the house and 200 acres to Samuel Lodge of Loudoun County. Lodge raised the original one-and-one-half-story log section to two full stories in 1850. The dwelling represents a fairly typical method of expanding smaller, 18th-century dwellings with sizable additions to accommodate the growing families and activities of successful Shenandoah Valley farmers. Located about nine miles northwest of Winchester along Apple Pie Ridge Road, the property also includes a rare example of a mid-19th-century brick granary and a log meat house, as well as a late 19th-century corn crib, and the stone foundation of a barn. The buildings and the setting retain much of their mid-19th-century appearance.