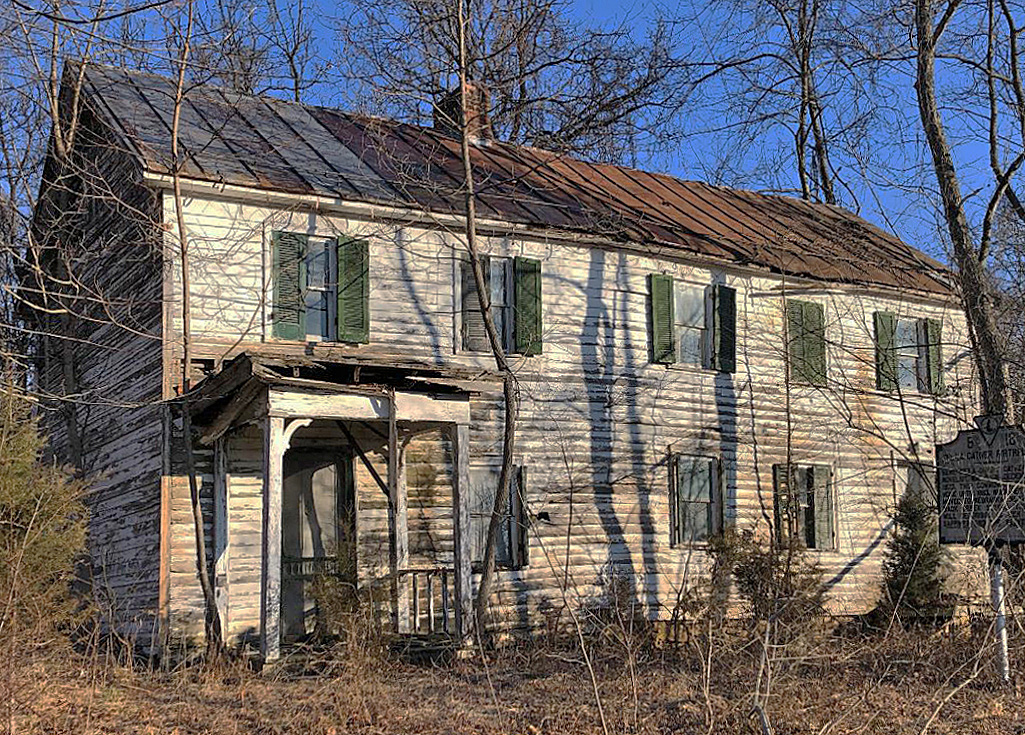 The American novelist and short story writer Willa Cather (1873-1947) was born in this plain, weatherboarded log house in the tiny Frederick County community of Gore, north of the city of Winchester. The next year the infant Willa was taken by her parents to live at Willow Shade nearby. In 1883 the family moved to Red Cloud, Nebraska, where she spent her formative years. In her writings, Cather concentrated on the pioneer traditions of the Nebraska prairie and the deserts of the Southwest, emphasizing the themes of courage, struggle, and respect for the land. She received the Pulitzer Prize for her novel One of Ours (1922). Cather’s Virginia birthplace was built in the early-19th-century by her great grandfather, Jacob Seibert. It was enlarged and remodeled ca. 1850. The house was owned and occupied by her maternal grandmother, Rachel E. Boak, when her parents were married here in 1872.