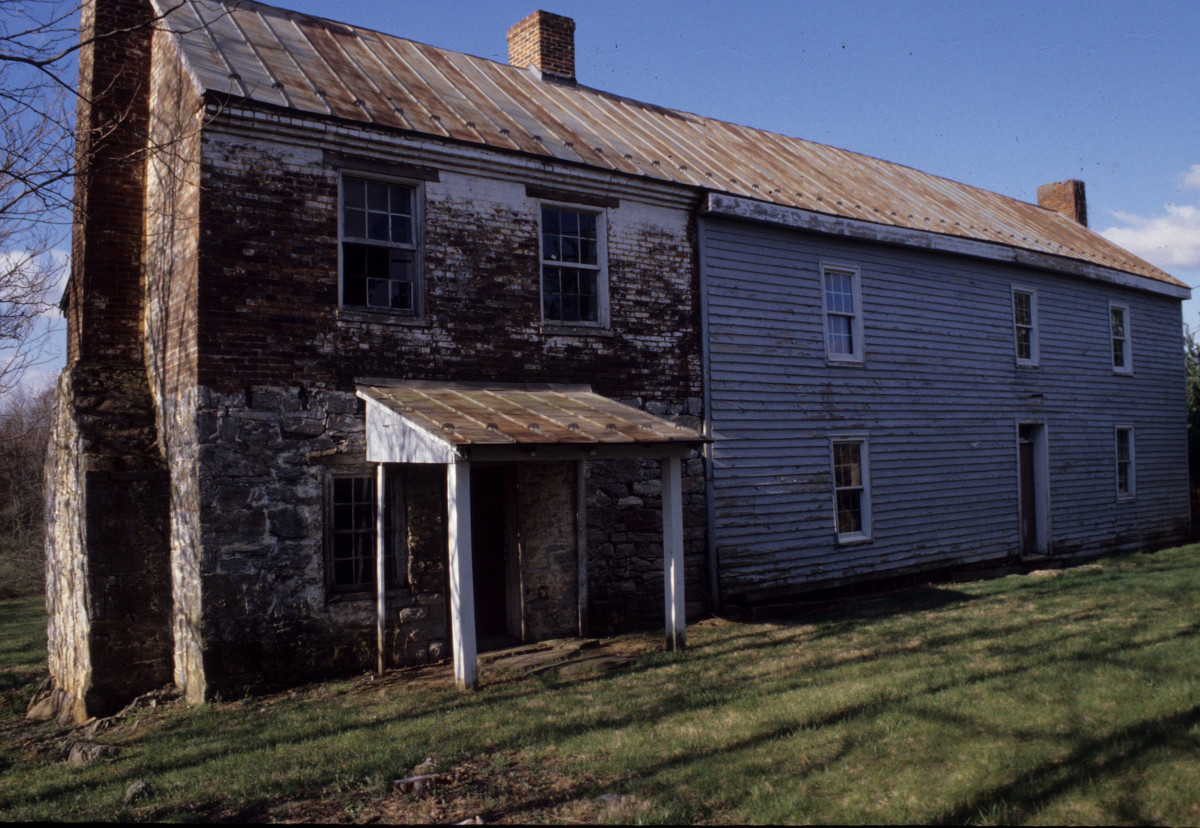 Homespun is located in central Frederick County on the outskirts of Winchester. The two-story dwelling was built in two parts: a log section dating from the mid-1790s for local merchant Godfrey Miller, and a stone and brick portion constructed about 1825 by his son, John Miller. The house is significant in local architecture as an example of a dogtrot-plan structure, a building form more commonly found in the Appalachian Upland South but rarely seen in the Shenandoah Valley. The 1790s section originally featured the dogtrot plan, which consisted of two independent log pens with an open breezeway between them, all beneath one roof. By 1825, the breezeway had been enclosed to create a central passage, and the exterior of the original building was sheathed in weatherboards.