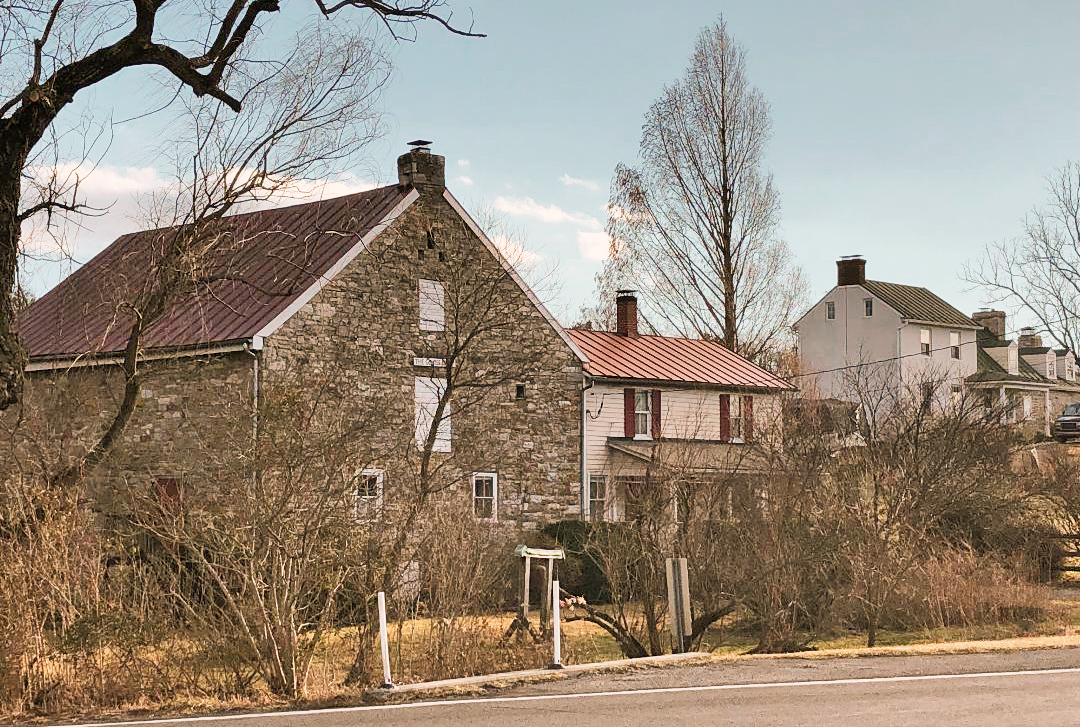 The Opequon Historic District encompasses a mid-18th-century crossroads village surrounded by farm country in central Frederick County. Situated along a principal colonial road known today as Cedar Creek Grade, the village is one of the first settlements in the lower Shenandoah Valley, and consists of 18th century stone and log structures. It also contains a variety of 19th- and early-20th-century buildings such as a church, mill and barrel factory, a restaurant, and a store/post office. Since 1745, Cedar Creek Grade has carried farm goods to Winchester and other Shenandoah Valley towns. During the Civil War, Confederate and Union troops used the turnpike before and after the battles of Winchester and Fisher’s Hill. Opequon retains its integrity as an early settlement and crossroads village, little changed since the early 1900s.