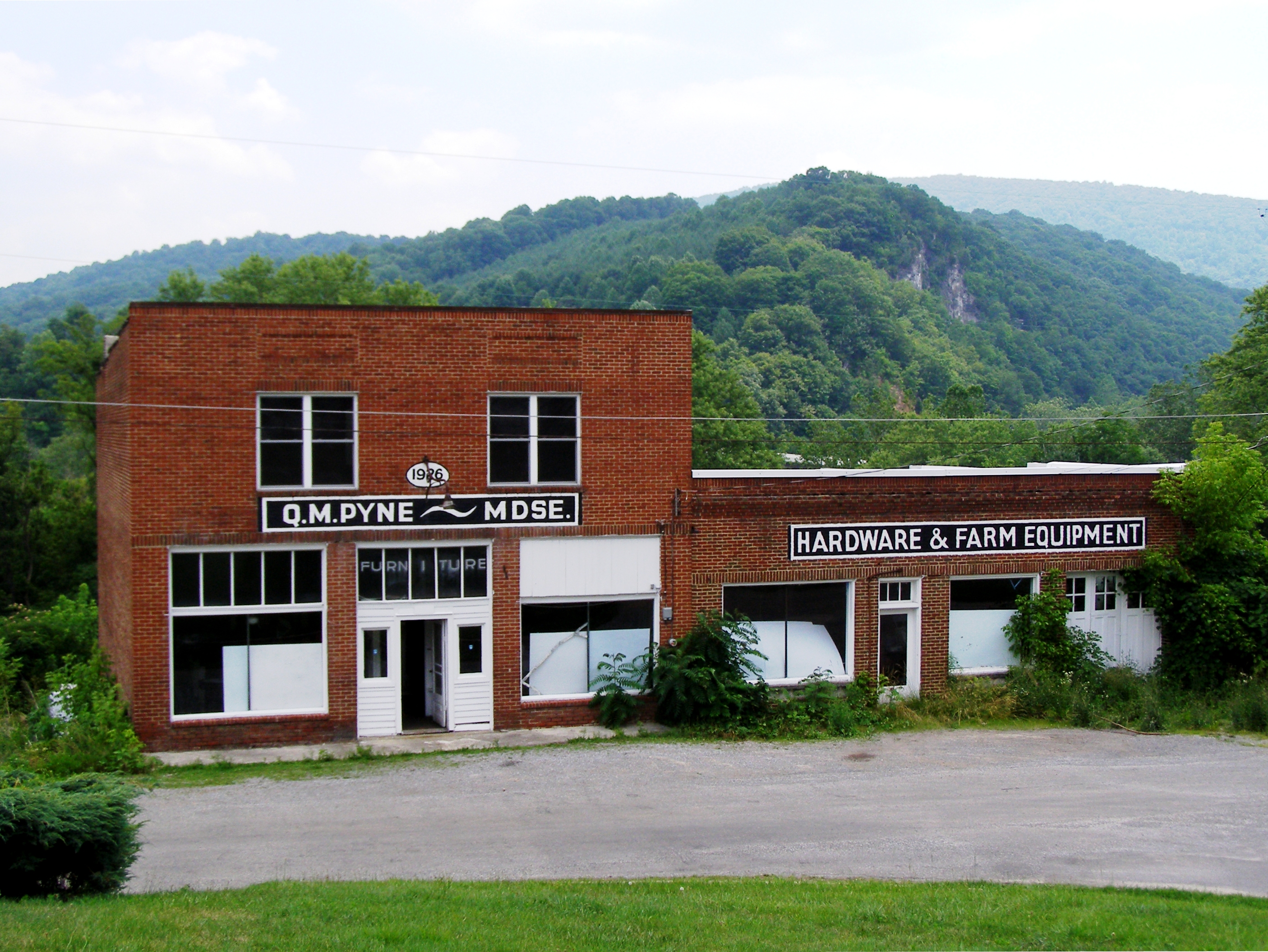 The Q.M. Pyne Store in Eggleston is a two-part commercial structure. The earlier three-story section was constructed in 1926 by its first proprietors Fred A. Whittaker and Clayton C. Whittaker, who operated it as a general store, selling a wide array of items. In 1929, the attached two-story portion of the building was constructed for use as a Chevrolet dealership and auto repair shop. Constructed in the Commercial Style, which was popular throughout most of the country at the time, the buildings survived along with a nearby former bank building, thus constituting the only structures of the Appalachian community of Eggleston’s once lively commerce. In a sparsely-populated rural county with few towns or villages, the Pyne Store is among the most notable and best-preserved examples of a general store, owing in part to its spacious, adaptable design and high quality brick construction, which allowed for its continued use through many generations, serving several different functions.