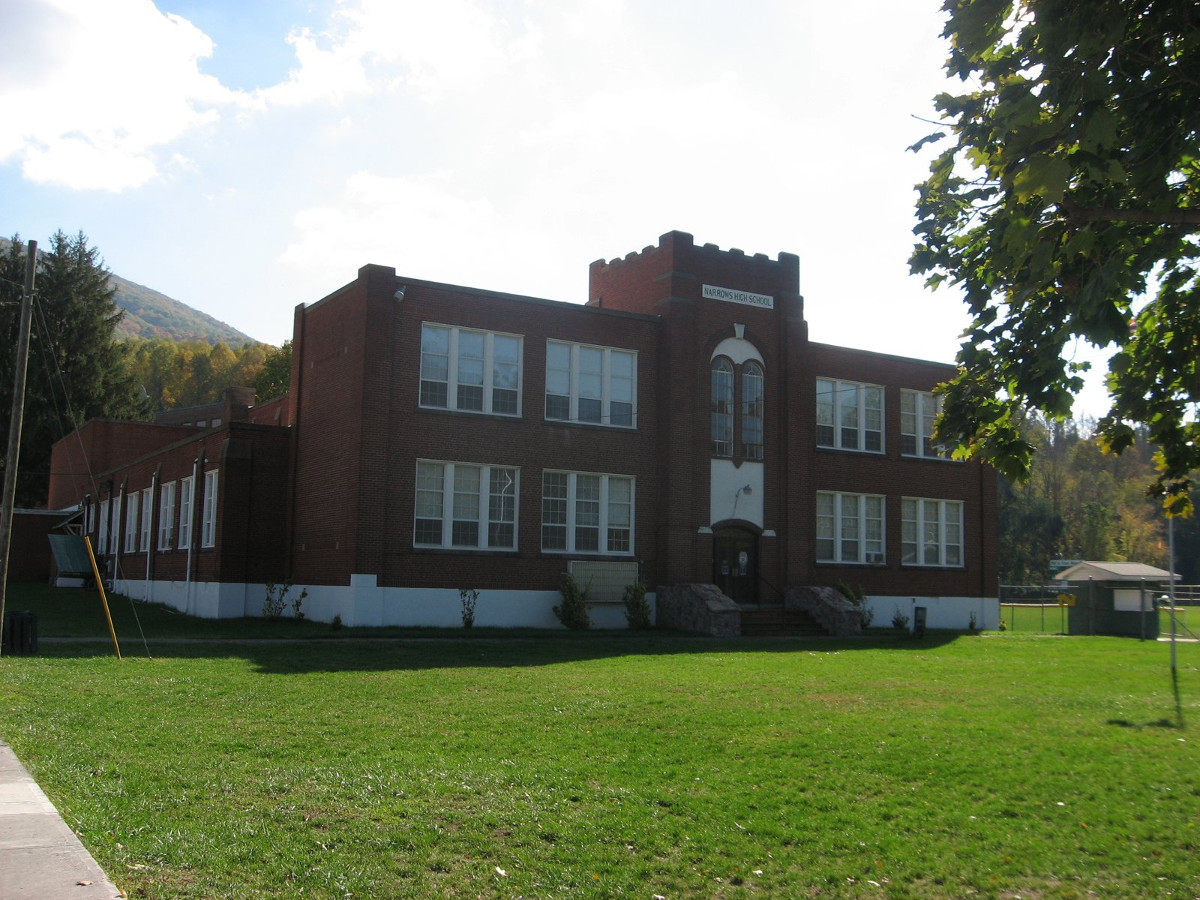 Located Giles County, the Narrows Commercial Historic District arose as a result of its strategic location on the New River and major transportation routes. Originally settled in the late-18th century at the narrow gap in the mountains through which the New River passes, the Town of Narrows developed on the Cumberland Gap Turnpike, the route of which formed the two main streets in the district. The arrival of the Norfolk & Western Railway in 1882, followed by the Virginian Railway in 1907-1909, established Narrows as the major industrial town in the region and the largest town in the county. With its natural resources and access to transportation for shipping, Narrows attracted various industries including mills, tan yards, power plants, and rail-related enterprises. Today, many of the district’s commercial buildings date to the 1940s and later, after the nearby Celco Plant opened in 1939, spurring the town’s growth. Celco globally dominated the production of cellulose acetate and related products after World War II and through to the latter 20th century, until environmental regulations and foreign competition combined to impact the plant’s operations.