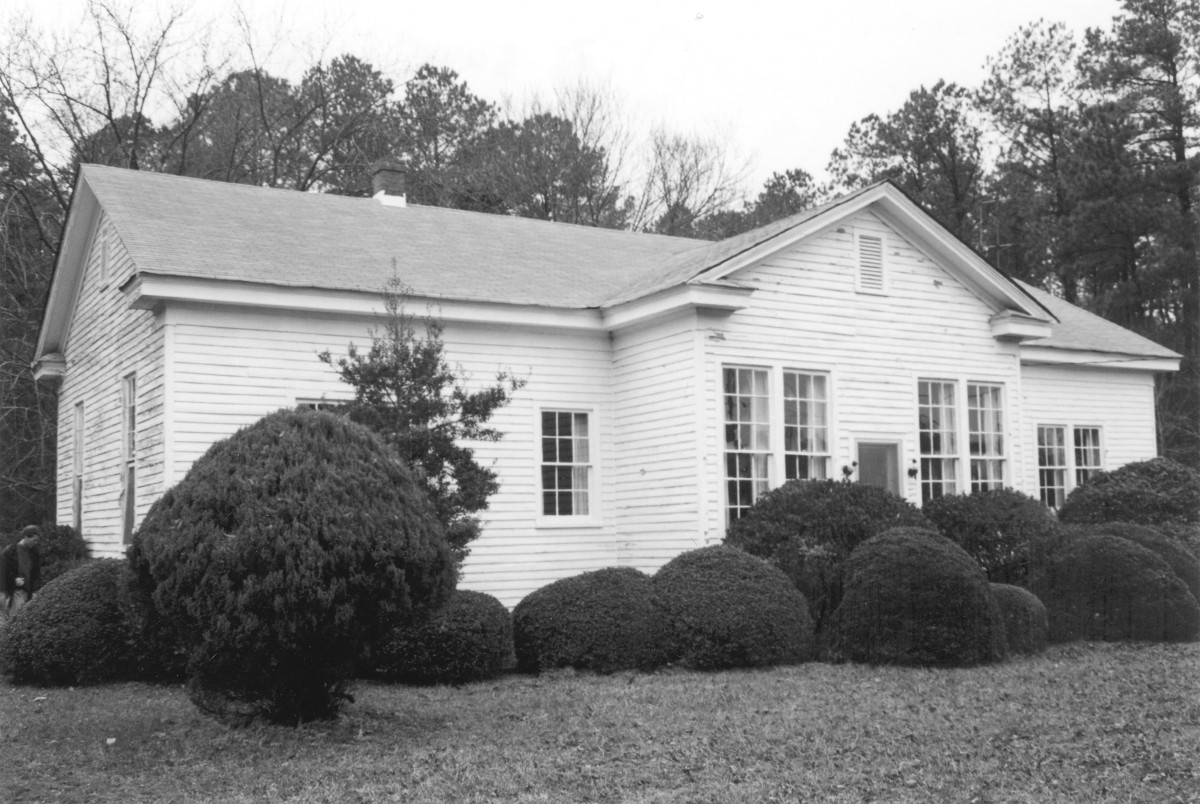 The Woodville School is a one-story, wood-framed building that occupies a one-acre tract adjacent to U.S. Route 17. It was financed in part by the Julius Rosenwald Fund, constructed in 1923, and later converted to residential use after its sale by the Gloucester County School Board in 1942. The exterior appearance of the school has varied little since it was first built, with the exception of some fenestration changes and the addition of two doors on the western facade. The interior received more extensive alterations, primarily in the 1940s, but the majority of the original fabric remains intact, including floors, doors, and vertical wainscoting. Two contributing outbuildings that may have served as a guesthouse or additional school building and a small shed are located to the southwest of the main building. Woodville School is Gloucester County’s only well-preserved, early-20th-century, African American school building, and is a highly visible landmark of Gloucester’s history.