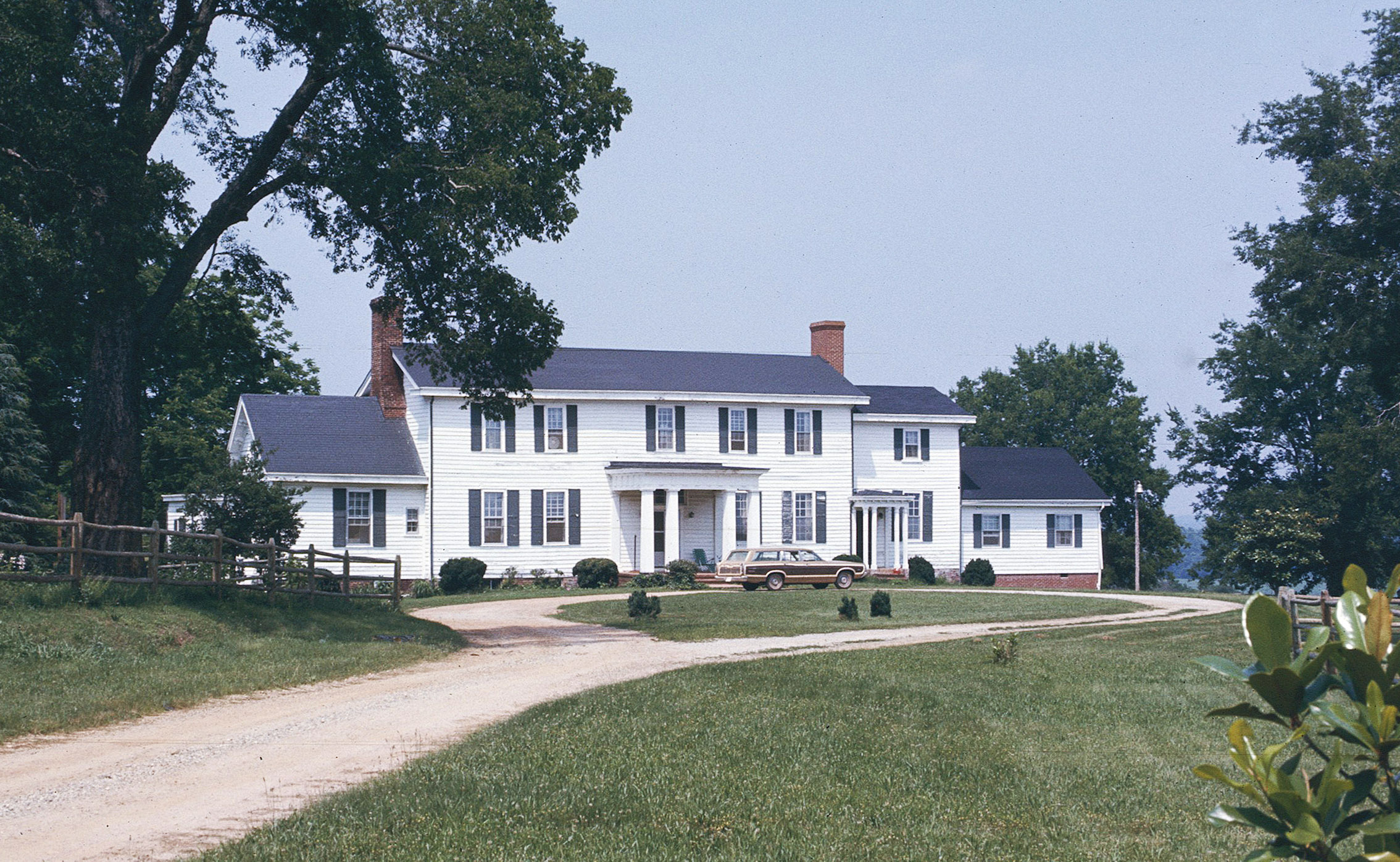 Organized education for the deaf in America had its origins around 1812 at this Goochland County plantation when Col. William Bolling (1777-1845) brought the Scottish teacher, John Braidwood, here to educate his two deaf children. Braidwood was a grandson of Thomas Braidwood, a famous teacher of the deaf. Braidwood’s success with the family children led Bolling to establish the nation’s first formal school for deaf children at Cobbs, an old family home in Chesterfield County. Bolling, one of the county’s leading citizens, also served as colonel in charge of Goochland troops assisting in the defense of Norfolk in the War of 1812. Bolling Hall was built either for William Bolling or his father before 1799 on land that had been in the family since the early 18th century. It began as a side-passage dwelling and was later enlarged. The interior preserves original paneled fireplace walls.