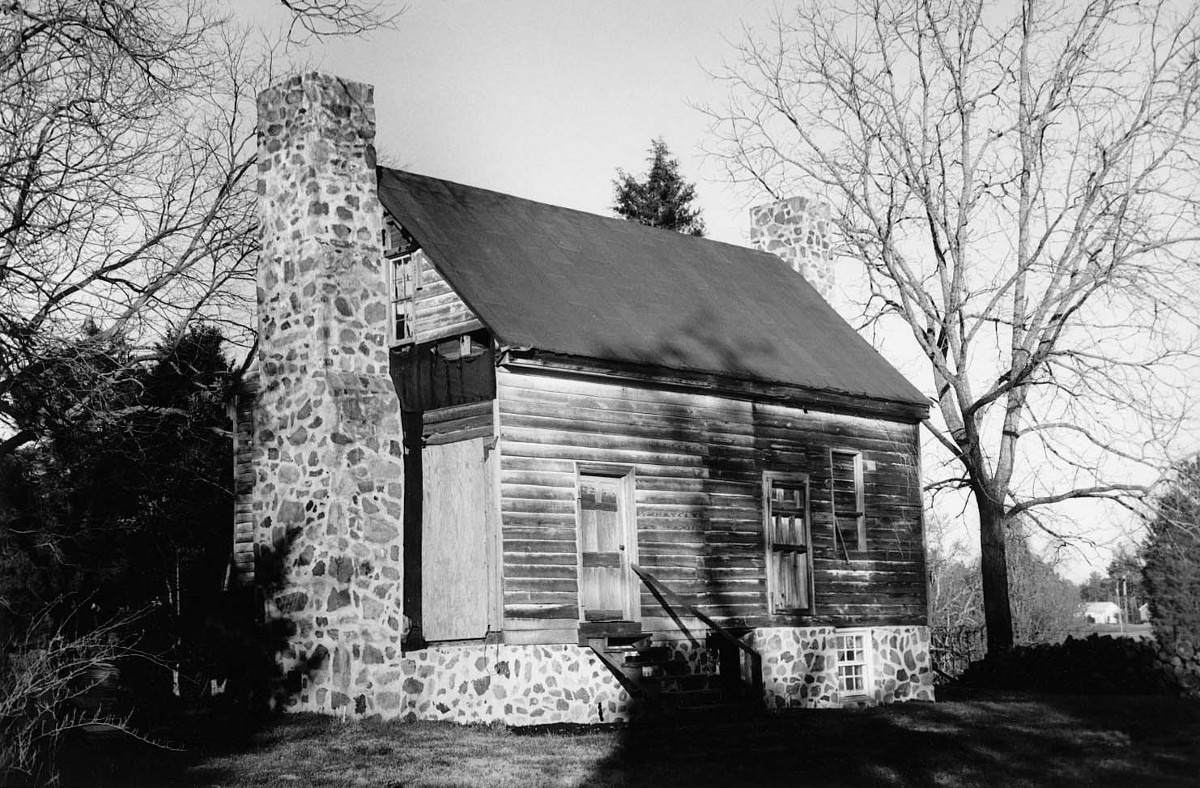 Employing forms of uncompromising simplicity this hall/parlor dwelling is a reminder that large landowners of the early Republic oftentimes shunned architectural ostentation, concentrating on their crops rather than on domestic luxuries. Structural investigation suggests that Alexander Batte, owner of several tracts, constructed the house in two building campaigns between 1815 and 1835, the east section being the oldest. The floor levels of the two sections are different and the trim of each section has subtle differences. Contrasting with the plainness of the wooden elements are the massive fieldstone chimneys and foundations which have recently been rebuilt because of deteriorated mortar. Such small houses were once a common element of the landscape but few have survived in this region. The Batte house, together with a nearby antebellum barn, offers an intriguing look at a regional early 19th-century farmstead.