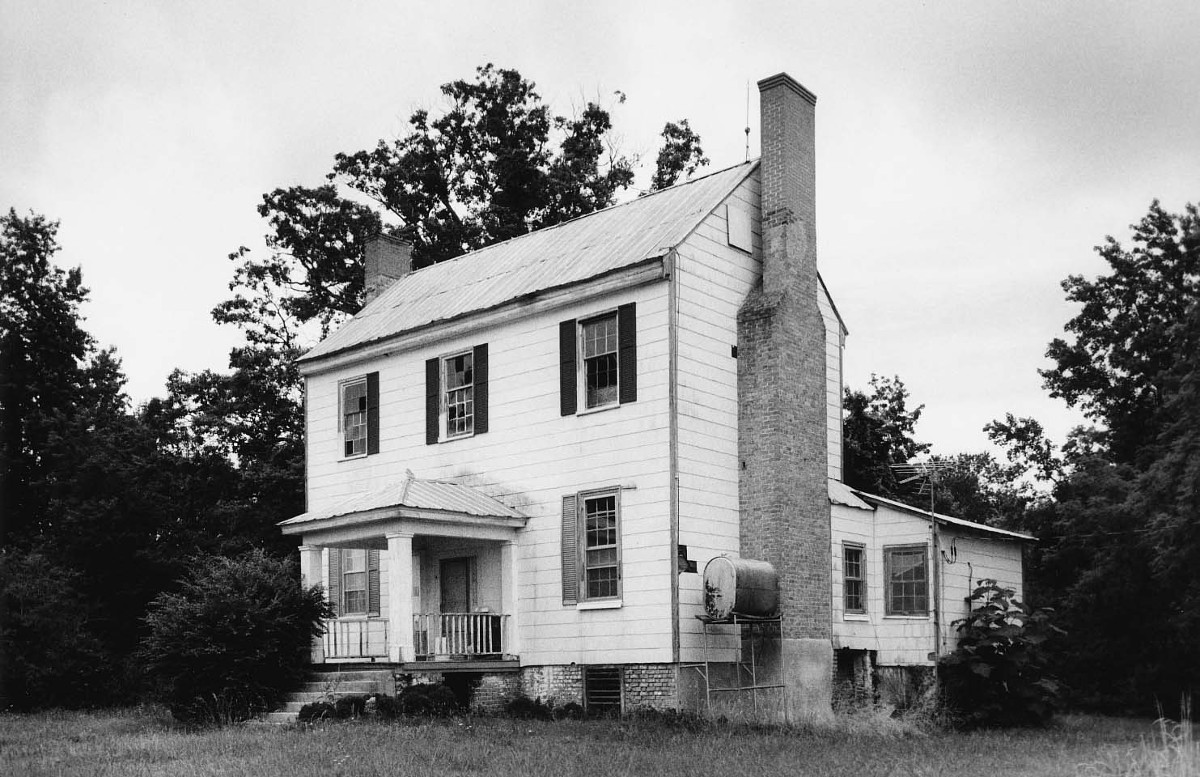 The Weaver house is one of Greensville County’s few surviving antebellum plantation dwellings. The plain, two-story structure was built between 1838 and 1840 for Jarrad Weaver on land formerly owned by the Waller family of Williamsburg. Although the house lacks the grandeur of the Tidewater plantation houses, Weaver was a prosperous landowner, owning carriages, modern farming equipment, and more than twenty slaves who tended crops of peas, oats, corn, and cotton. The house has a number of features typically associated with vernacular Southside farm-houses including what was originally a hall/parlor plan, painted wood graining, and the comparatively late use of Federal-type woodwork. The weatherboarded walls are presently covered with modern asbestos shingles; the house otherwise has suffered few alterations.