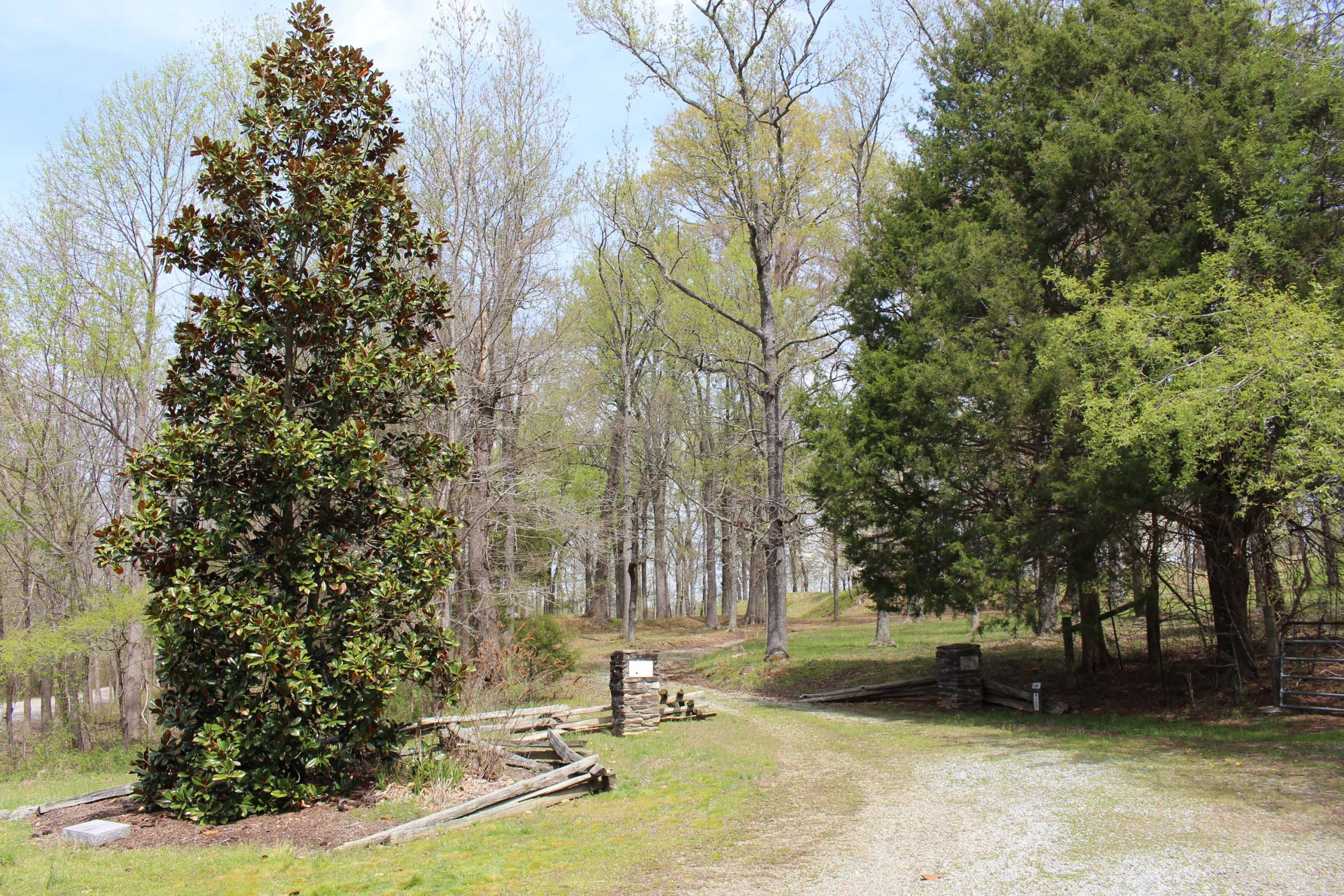 The Staunton River Bridge Fortification Historic District is a rare example of a well-preserved Civil War–era star fort. Associated with the defense of the Staunton River railroad bridge, the site includes remnants of the star-shaped earthen fortification known as Fort Hill (entrance pictured above), rifle trenches to the north and west, and a Confederate artillery battery most likely constructed after the Battle of Staunton River Bridge. During the Civil War, the Roanoke and Danville Railroad bridge was a covered wooden structure of great importance to the Confederates who relied on the railroad for supplies. On June 25, 1864, the bridge was the object of a Union cavalry raid, during which the raiders destroyed track to the north. A ragtag band of convalescing Confederate soldiers, regular troops, and local “old men and boys” repulsed several attacks and saved the bridge.