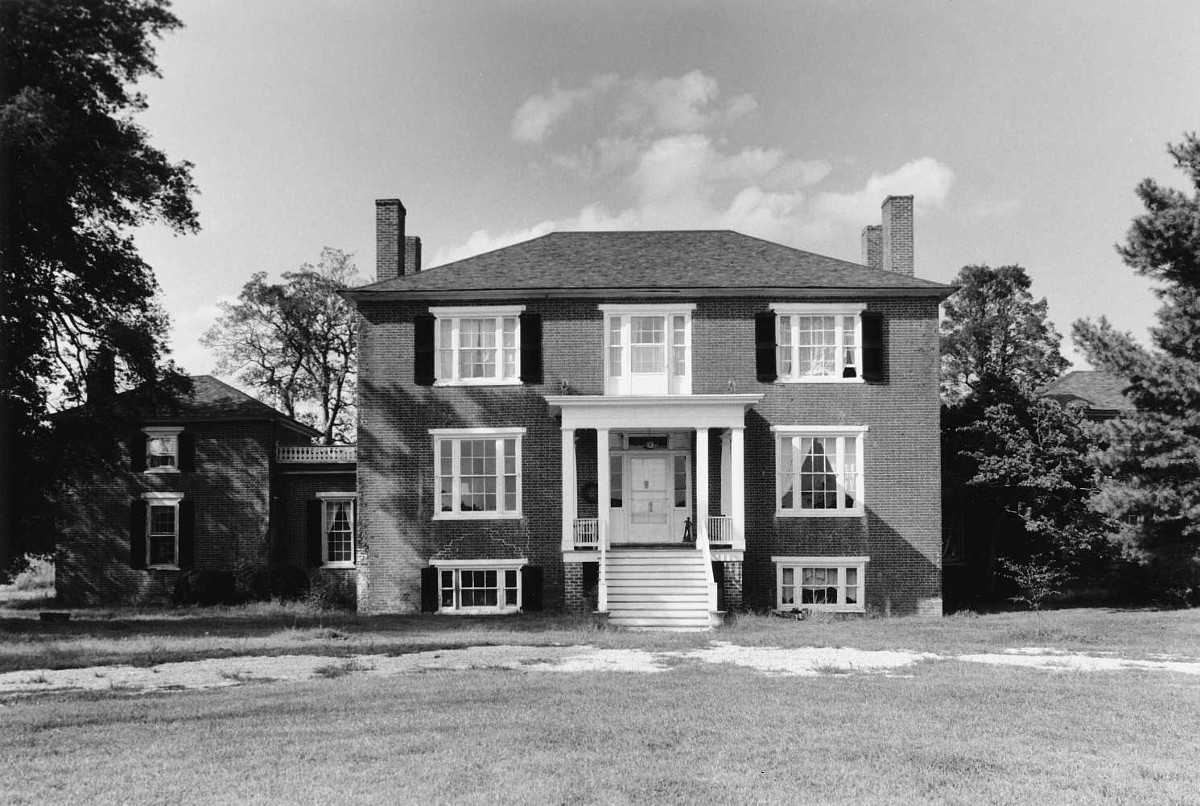 The Palladian concept of breaking up the massing of a country house gained popularity in England in the early 1700s and spread to Virginia though published designs by James Gibbs, William Morris, and other British architects. Following the precedent of Virginia Palladian-style houses such as Blandfield or Battersea, the five-part Dewberry is an late expression of this form. The stately structure was built in 1833 for the Rev. John Cooke, rector of Fork Church, who was instrumental in having nearby Trinity Church built. Such an expansive house was normally beyond the means of a cleric, but Cooke was married to a propertied widow. The design was given added presence by the use of three-part windows. Cooke’s expertise in gardening is shown in the remnants of his large formal garden behind the house. Dewberry has been owned by the Dixon family since 1921.