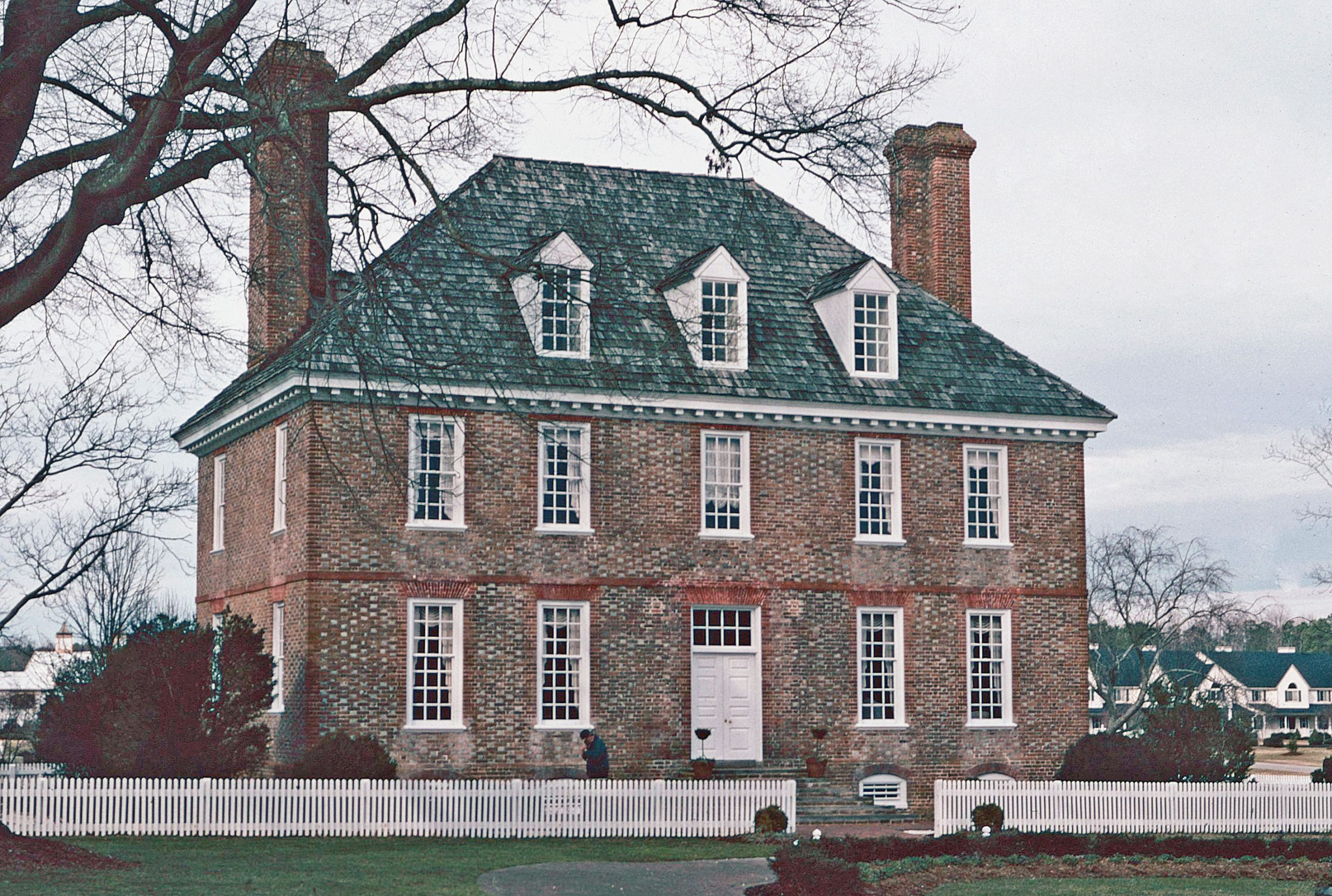 Richard Taliaferro, called a “most skillful architect” by Thomas Lee in 1749, lived at Powhatan in James City County from 1755, when he turned his Williamsburg house over to his son-in-law, George Wythe, until his death in 1775. The construction date of Powhatan is uncertain; Taliaferro may have designed the house for himself and his bride, Elizabeth Eggleston, on land she inherited. Marked by finely-crafted glazed-header Flemish-bond and massive T-shaped chimney stacks, Powhatan is a classic essay in early Georgian design. The interior was destroyed by fire during the Civil War but was rebuilt shortly afterward. The house was restored closer to its original appearance in 1948 when the later gable roof was replaced with the present hipped roof. Now the focal point of a modern housing development, Powhatan’s axial approach and immediate setting of ancient oaks have been sensitively maintained.