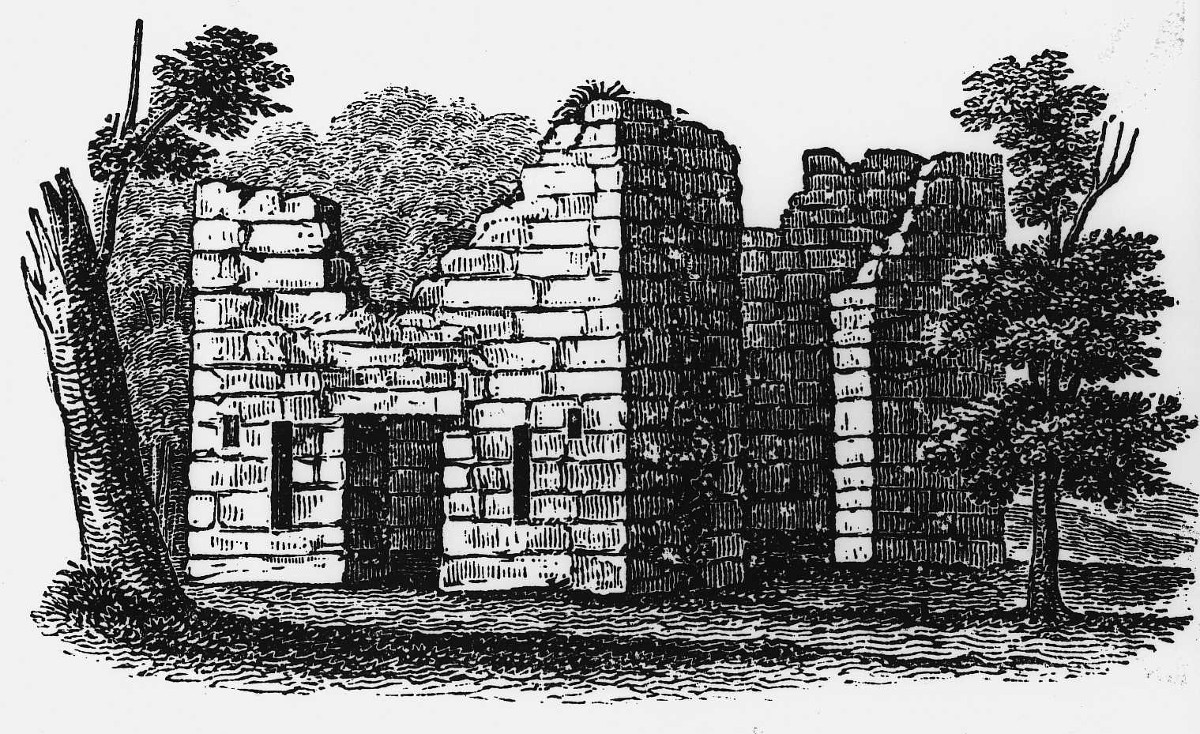 The Stone House, called by James Galt Williamson in 1838 “one of the most antique buildings in the country,” has been the subject of local lore for over two centuries. Built of stone in an isolated location and in difficult topography, the structure has been claimed to be everything from a stronghold associated with Nathaniel Bacon’s rebellion to the storehouse for Blackbeard’s plunder. The building had fallen into ruin by the time of Edmund Ruffin’s visit in 1841. A sketch of the ruin (shown) appeared in Henry Howe’s Historical Collections of Virginia (1845). Parts of its walls survived into this century. A 1972 survey by the Virginia Department of Historic Resources identified the foundations, which are of uncut sandstone two feet thick. More extensive archaeological investigation might solve the mystery of this intriguing structure.