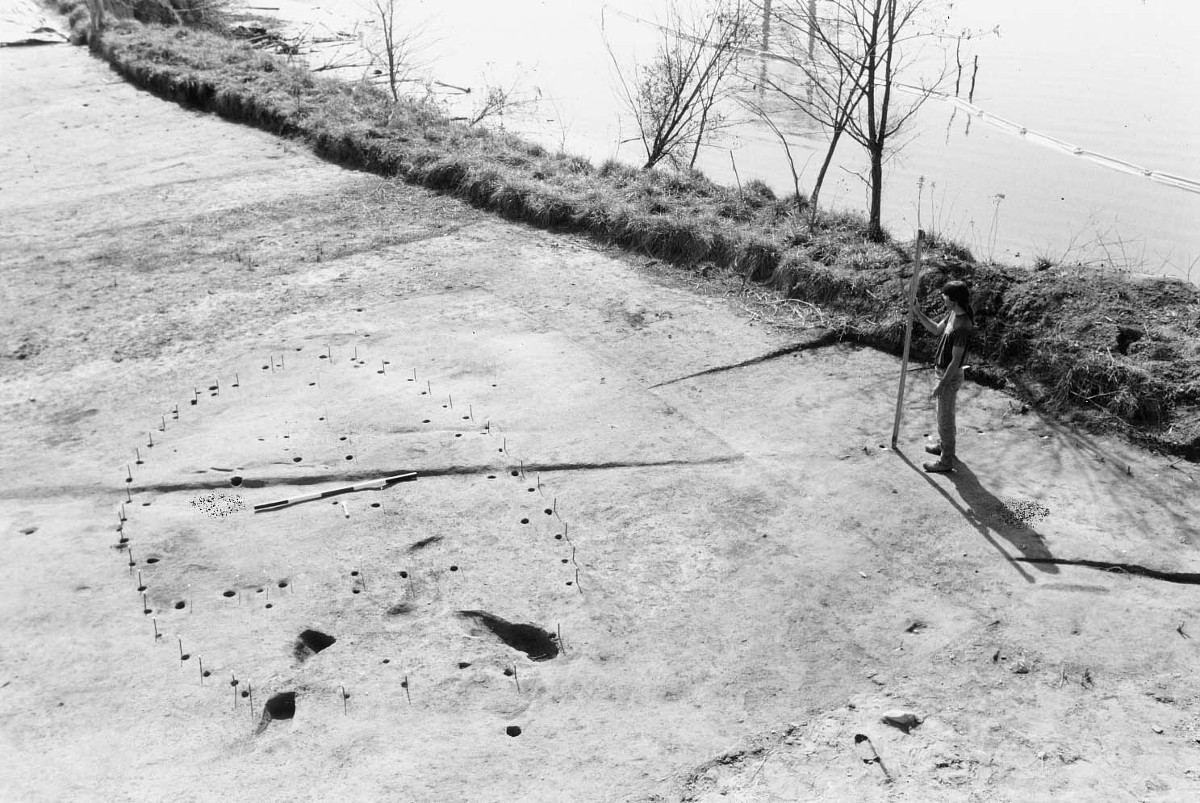 Identified on John Smith’s Map of 1612, Paspahegh in James City County was one of the thirty districts of the Powhatan Chiefdom. Its 17th-century inhabitants were among the first Indians to establish contact with the Jamestown settlers. The earliest cultural evidence at the site dates from the Paleo Indian period (ca. 9,500-8,000 B.C.). Other intact deposits may help archaeologists learn about the cultural development of the Native Americans from the Middle Woodland (ca. 500 B. C.-A. D. 900) and Late Woodland/Contact (ca. A. D. 900-1646) periods. The site may also provide information about the Native American-European relations during the early colonial period. Archaeological discoveries at the site include postmolds associated with longhouse patterns, human burials, ceramics, stone tools, copper and shell ornaments, and textiles.