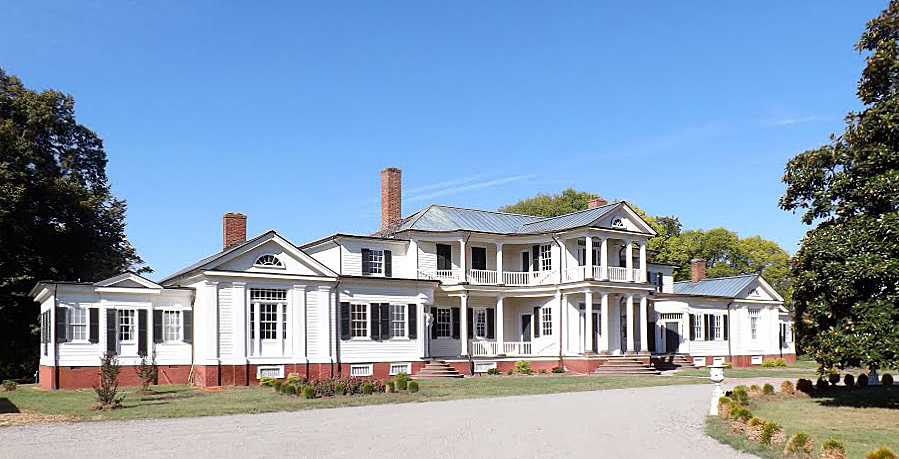 Belle Grove belongs to a group of sophisticated late-18th-century dwellings in King William County, along the Rappahannock River in the Port Royal region, that feature wide elliptical arches on the interior and distinctive projecting entrance halls. During the mid-18th century the property was owned by the Conway family, and in 1751 in a long vanished house here, Eleanor Rose Conway Madison gave birth to James Madison, fourth president of the United States. Belle Grove was built in 1792 by John Hipkins for his only child, Fannie, wife of William Bernard. Its design is attributed to Richard and Yelverton Stern, who built a similar house for Hipkins at Gay Mont in Caroline County. Carolinus Turner, who bought Belle Grove in 1839, modified the interior and added the porticos and terminal wings. The land front is set off by visually striking undulating porches.