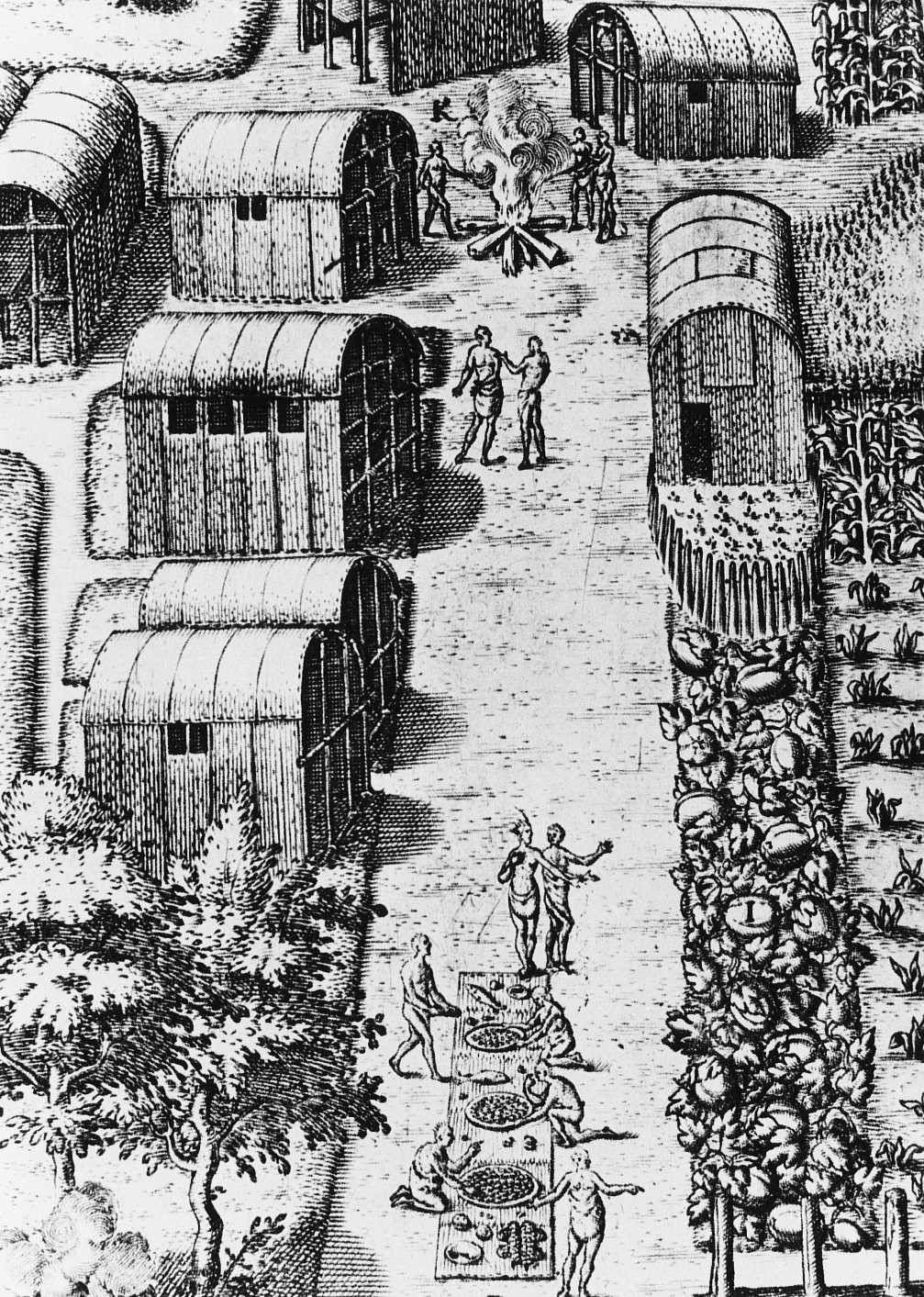 In a field to the east of the Nanzatico plantation house is the site of a village occupied by the Nanzattico Indians. The village, which was established in prehistoric times, was one of the largest and most important Indian settlements on the Rappahannock in the early 17th century. It was similar to the village shown in Theodore de Bry’s engraving in Thomas Harriot, A Briefe and True Report of the New Found Land of Virginia (1590). The name is a corruption of Nantaughtacund, a tribal name originally identified by Capt. John Smith. Although partial examination of the site has already uncovered significant artifacts, from the Townesend and Potomac Creek components, complete archaeological investigation could provide important information on Indian life before and during the early contact period.
[VLR Listed Only]