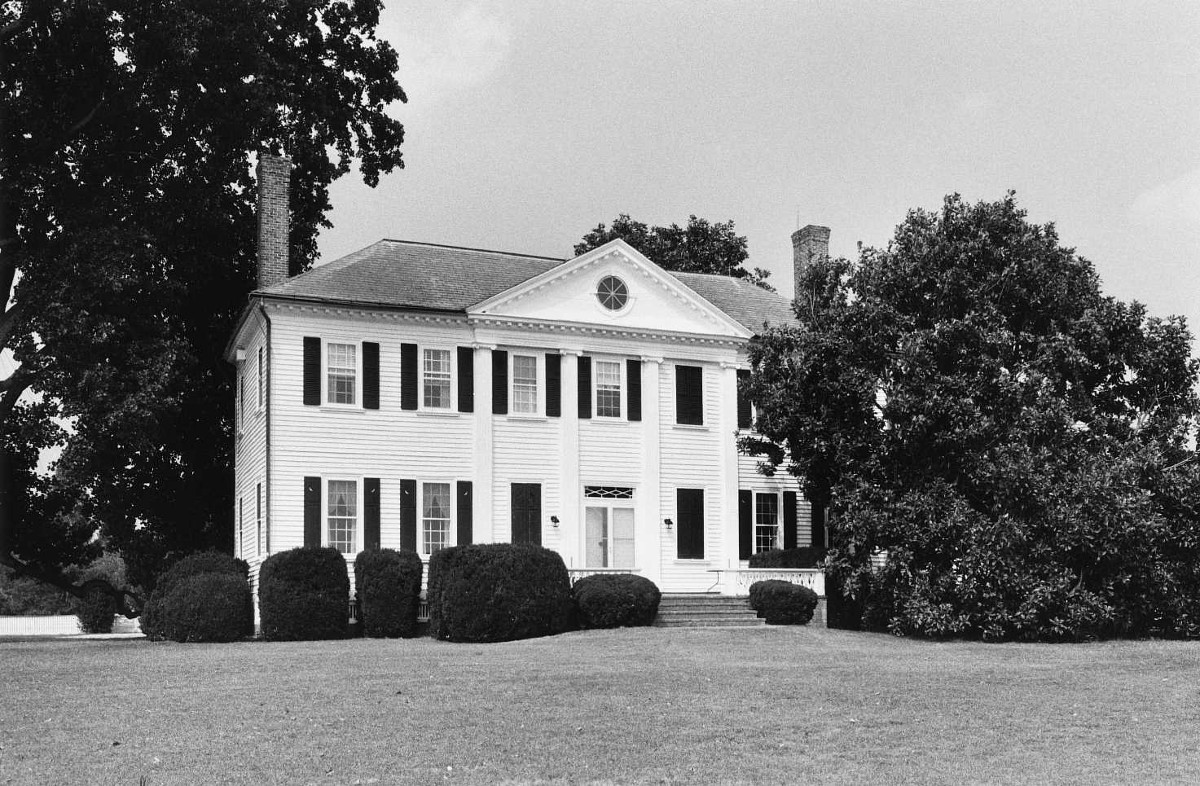 The architectural formality that could be achieved in a relatively small wooden house is demonstrated at Nanzatico, a plantation dwelling on the banks of the Rappahannock River. The house is traditionally dated ca. 1770 when owned by the Carter family; however, its architectural detailing suggests a date after 1780 following Thomas Turner’s purchase of the property. As built, Nanzatico was a near twin to Belle Grove upstream (before the latter’s ca. 1839 alterations) which also has an engaged Ionic portico and projecting entrance hall with an interior elliptical arch. Richard and Yelverton Stern, builders of the also similar original house at Gay Mont, Caroline County (since burned), may have constructed both Belle Grove and Nanzatico. Unlike the others, Nanzatico survives almost unchanged. Many of the woodwork details appear to follow illustrations in Abraham Swan’s A Collection of Designs in Architecture, an 18th-century English design book.