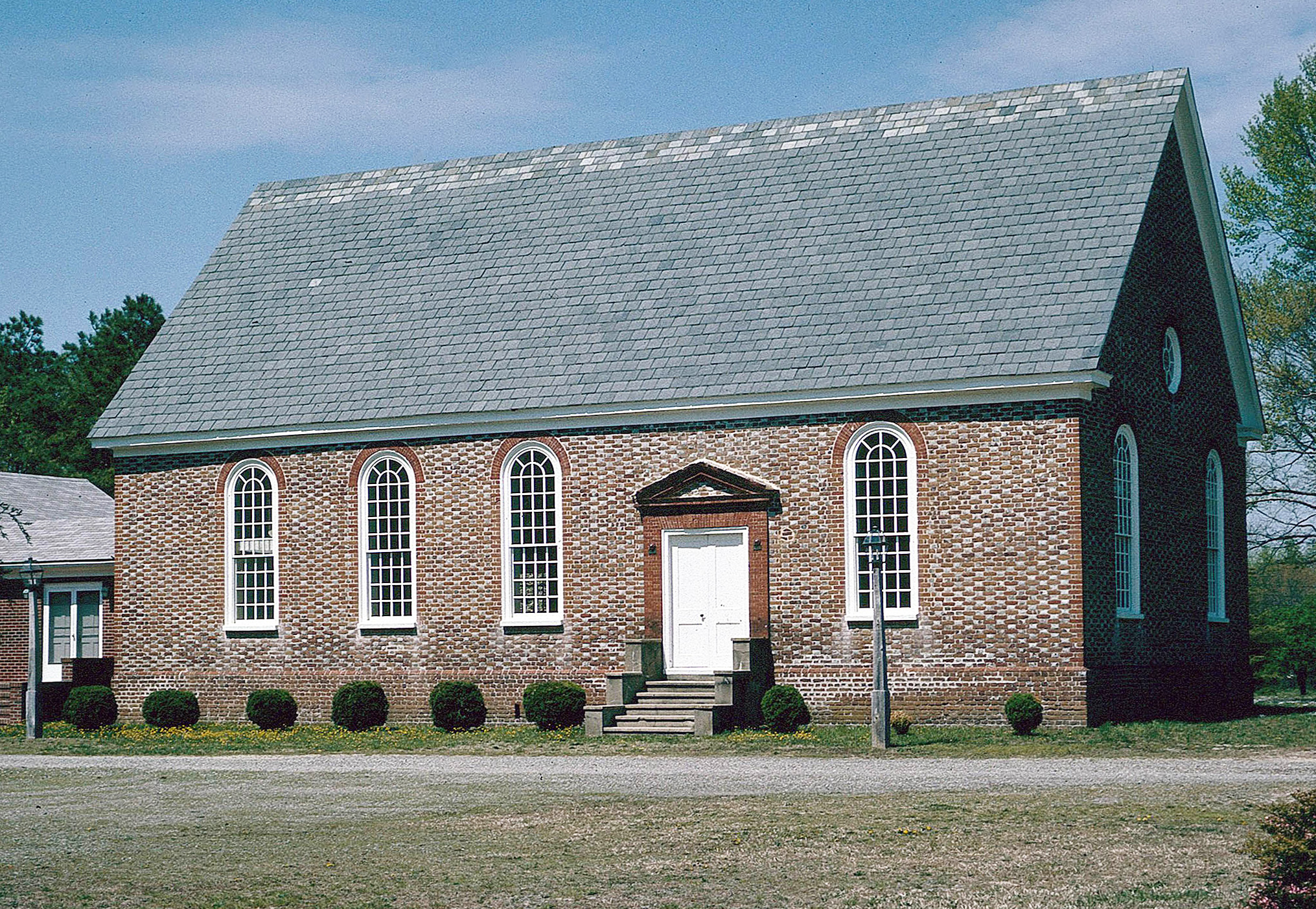 The artistry of the colonial mason is well demonstrated in this former Anglican church. The otherwise simple building is accented by walls of Flemish bond with glazed headers, gauged-brick arches, rubbed-brick corners, and molded-brick doorways. A triangular pediment is employed on the south doorway; the west entrance, disfigured by a modern addition, has a segmental pediment. Upper Church for Stratton Major Parish was built between 1724 and 1729 and is the only colonial church of its parish to survive. The building was abandoned by the Anglicans in 1768. A Methodist congregation was present here in 1789 and subsequently co-existed with Baptists until the Baptists withdrew in 1842. The church burned in the mid-1840s, but was rebuilt within the original walls. The Methodists gained full control in 1869. It is now identified by its Methodist congregation as Old Church. The colonial-style sashes were installed in 1989.