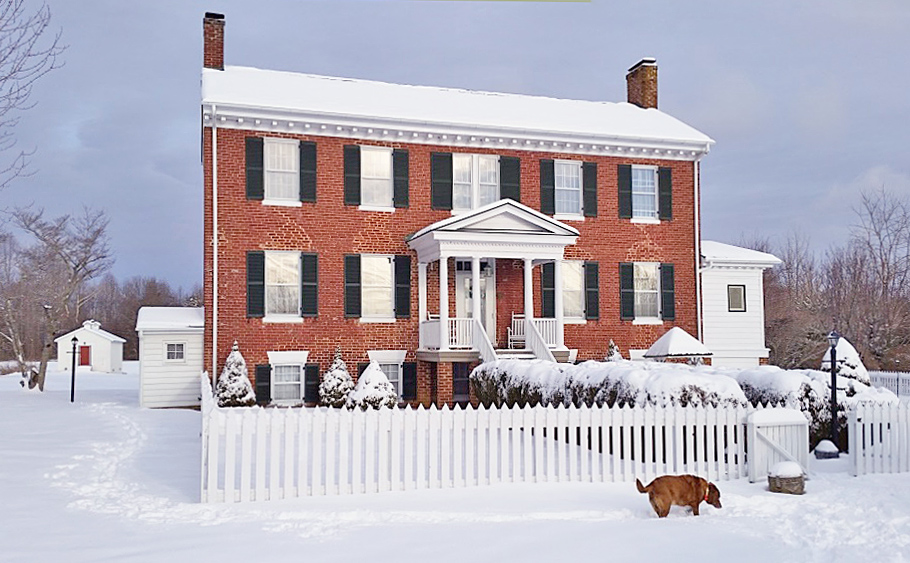 Built in 1826, Providence Plantation and Farm boasts one of only a few of the Early Republic-era brick farmhouses that survives in Virginia’s upper Tidewater region. The plantation once included up to a dozen slave quarters, horse barns, hog pens, blacksmith shop, small chapel or meetinghouse, and a graveyard. William and Susan Dew, one of the wealthiest families in 19th-century Virginia, founded this plantation in King and Queen County. During the Civil War, the Dew family, with three sons in the military, supplied financial and political support to the Confederacy, buying thousands of dollars worth of government bonds and treasury certificates. With the Confederacy’s defeat, the family lost economic, political, and social standing. By 1880, however, Providence was once again prospering with the help of five hired workers. Today the property retains the original residence as well as four contributing agriculture-related buildings: a two-story Reconstruction-era granary and carriage house, and a 1930s-era hen-laying house, a two-story sweet potato shed, and a mechanic’s shop.