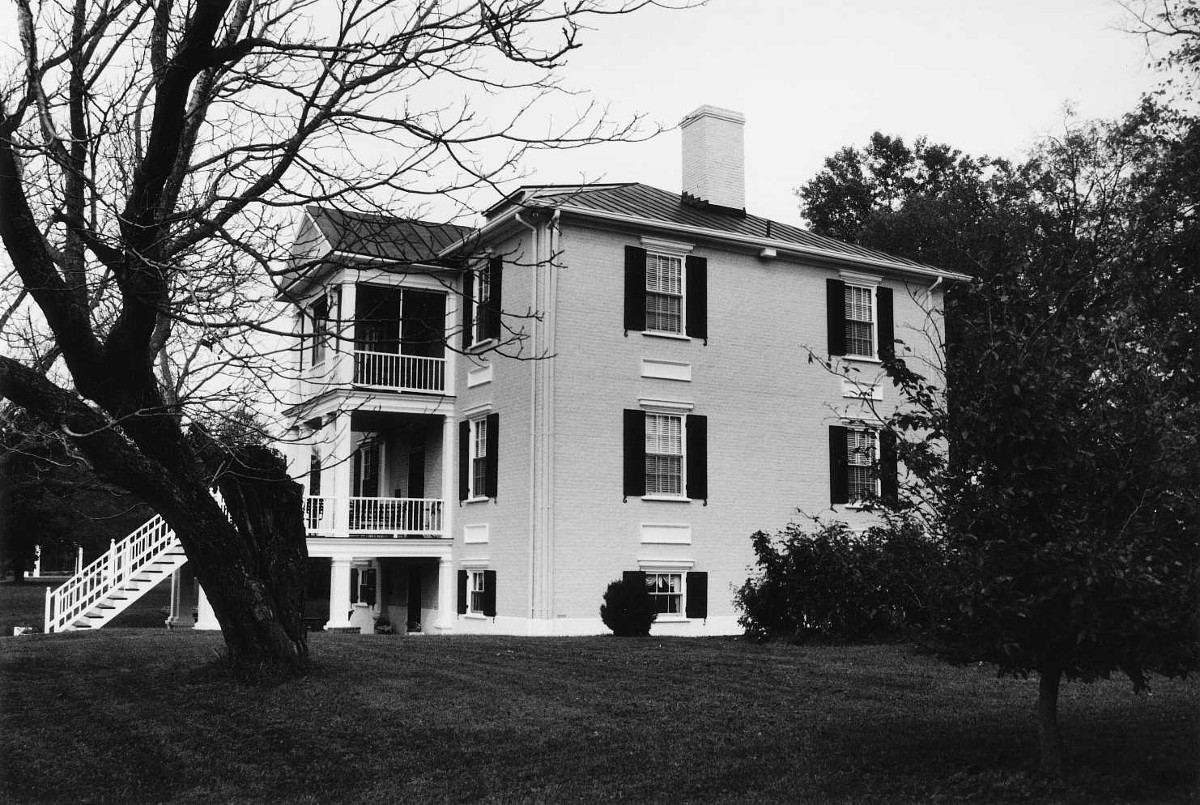 This Pamunkey River plantation has been the property of the Braxton family and their descendants since the mid-18th century. It was first owned by George Braxton (died 1757), who left it to his son Carter Braxton, signer of the Declaration of Independence. Carter Braxton built a large house at Chericoke in 1770, one reputedly bigger than his substantial dwelling at nearby Elsing Green. This house burned five years later, but its undisturbed site is likely of archaeological interest. Braxton is thought to lie buried nearby in an unmarked grave. The present plantation dwelling, erected in 1828 for Charles Hill Carter Braxton, grandson of the signer, is characteristic of homes of prosperous Virginia planters of the Federal period. Similar to contemporary Richmond houses, it has a simple entranced front and a porticoed garden or river front.