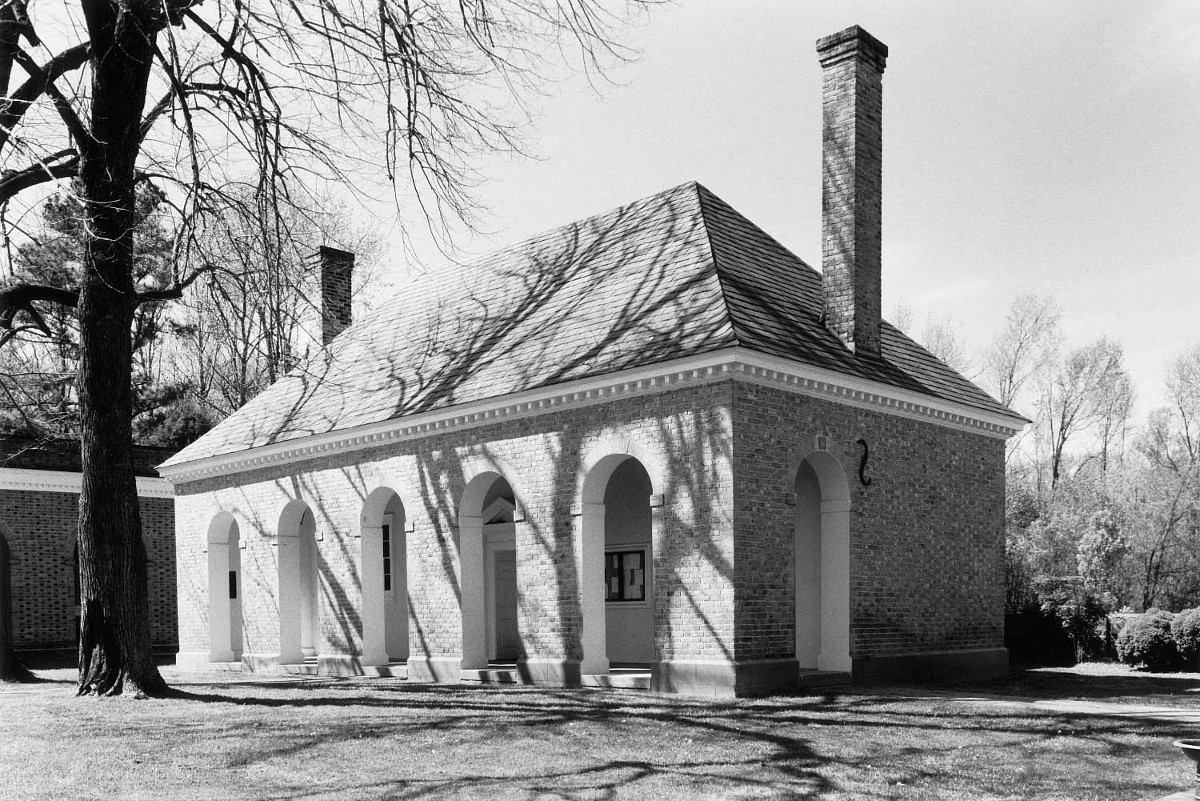 King William County’s courthouse is the best preserved of Virginia’s eleven colonial court buildings. Erected in the second quarter of the 18th century, the T-shaped structure is regarded as the nation’s oldest courthouse in continuous use. Precedent for its arcaded front is the arcade connecting the wings of the first Capitol in Williamsburg. Such arcades were traditional public gathering places. Lending additional character is the Flemish-bond brickwork with glazed headers and rubbed-brick corners and arches. The courthouse grounds are surrounded by a 19th-century brick wall built to keep out wandering livestock. Most of Virginia’s early colonial courthouses were located near the geographic center of their counties, unrelated to any town. King William’s courthouse followed this pattern and still preserves its rural setting.