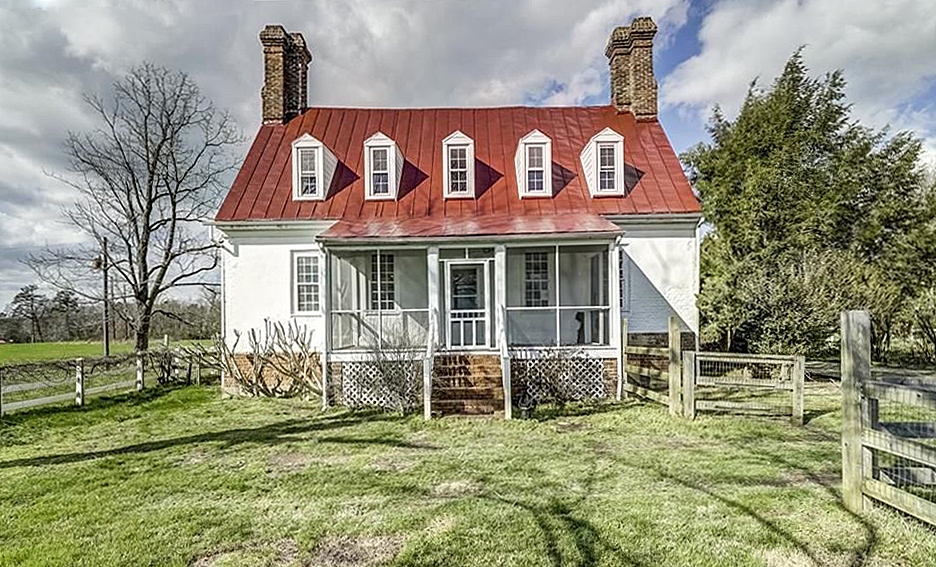 Sweet Hall is the sole surviving Virginia house with upper cruck roof framing and is one of only two known cruck-roof houses in the country. Crucks—massive curved timbers providing wall and roof support—were used for English vernacular buildings from the medieval period into the 17th century. The use of crucks was rare in Virginia and was essentially abandoned by the mid-18th-century. Its singular roof framing notwithstanding, Sweet Hall, with its T-plan, symmetrical façade, elaborate T-shaped chimney stacks, and hall/parlor plan is one of the state’s finest pre-Georgian manor houses. It likely was erected in the first or second decade of the 18th century for Thomas Claiborne (1680-1723), grandson of Secretary of the Colony William Claiborne. Sweet Hall preserves a quiet remoteness on the banks of the Pamunkey in King William County, overlooking broad stretches of marsh.