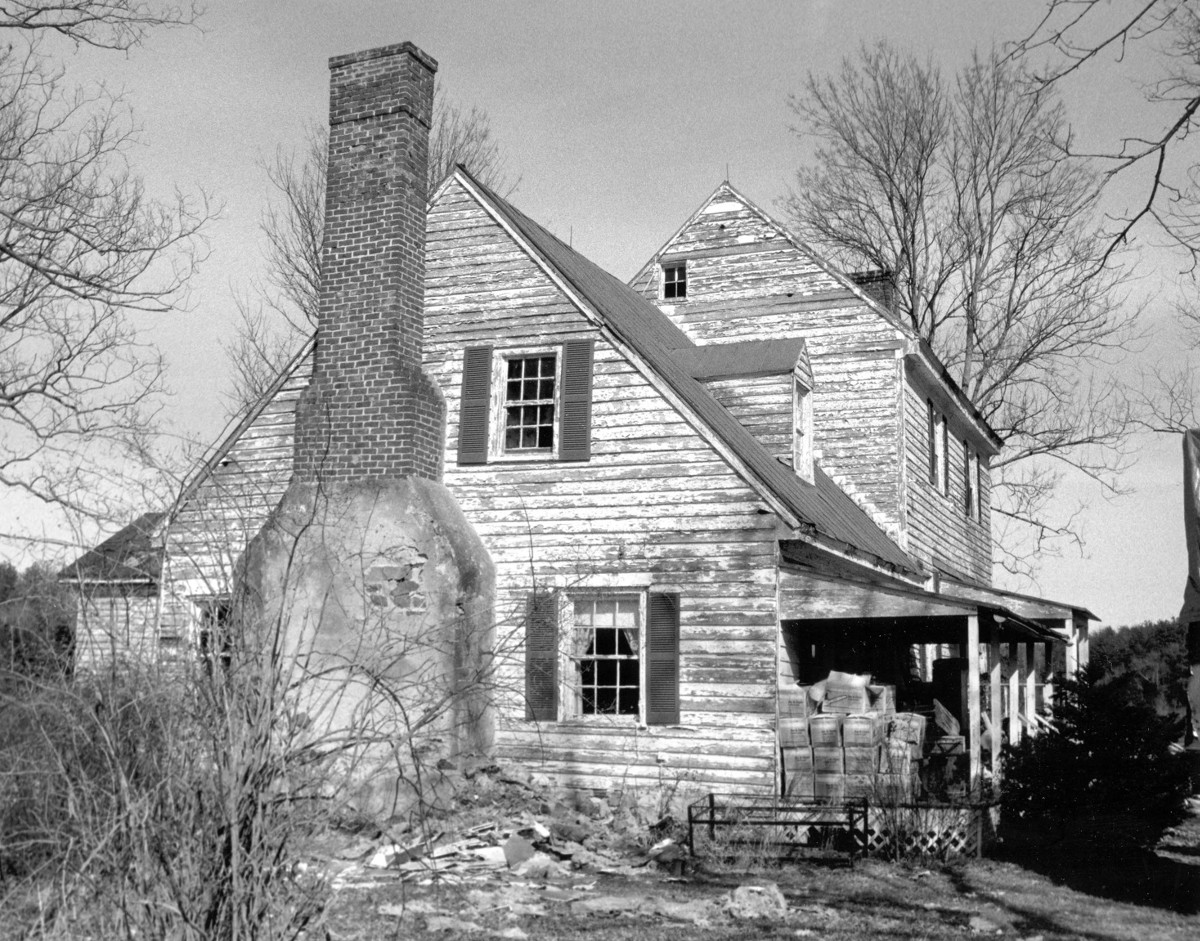 Bloomington, an antebellum farmhouse, is linked to the politically prominent Johnson family. The dwelling evolved to its present form between about 1790 and 1900 and is important because it is an increasingly rare example of 18th-to-early-19th-century English frame construction. The earliest section (now the west wing) was a two-room, three-bay, split-log dwelling over a rubble stone foundation. About 1832, an attached two-story, three-bay structure was constructed over a raised brick basement. A one-story, gable-roofed addition was added to the north wall of the main block about 1900. Late 19th-century outbuildings include a horse barn, corncrib, tool shed, and tobacco barn with heavy corner posts, beams, and diagonal bracing. Bloomington is one of the oldest dwellings in central Louisa County.