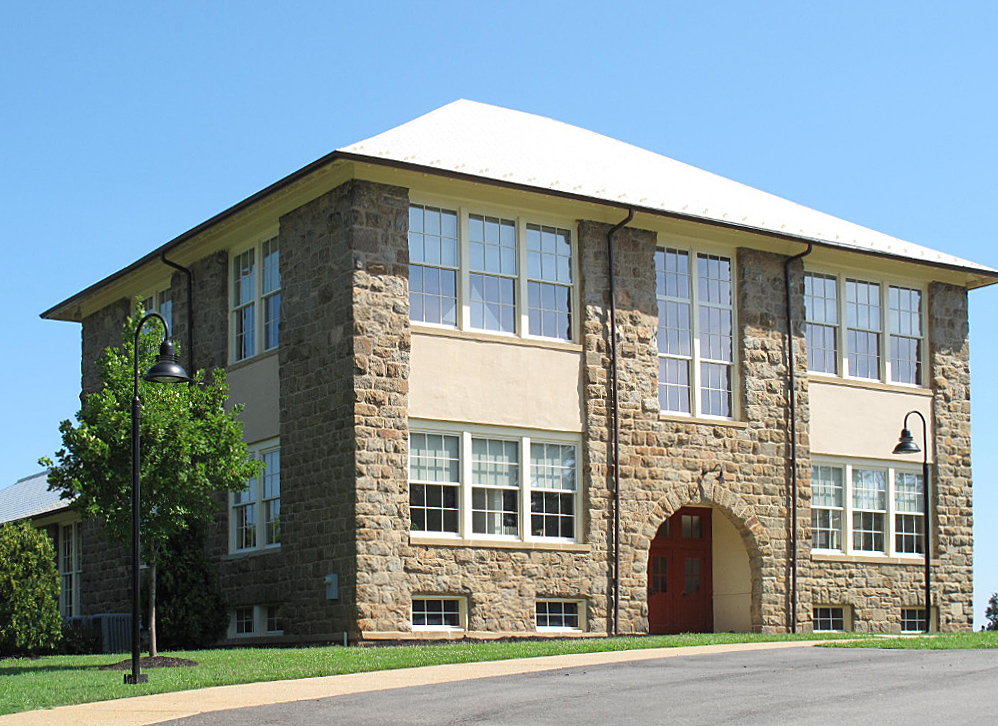 The Louisa High School, constructed in 1924, replaced a 1907 school destroyed by fire. Constructed of stone, the latter school building was designed by Charles M. Robinson, architect for dozens of other Virginia schools. Originally the school served students in grades one through eleven. The school property is located in a residential neighborhood of early-20th-century frame bungalows and late-20th-century houses, two blocks from the center of the town of Louisa. The granite ashlar school building that served the Louisa County school system for eighty years went on to be utilized as a town hall and performing arts center. A 2006 addition to the building’s east elevation served as an art gallery.