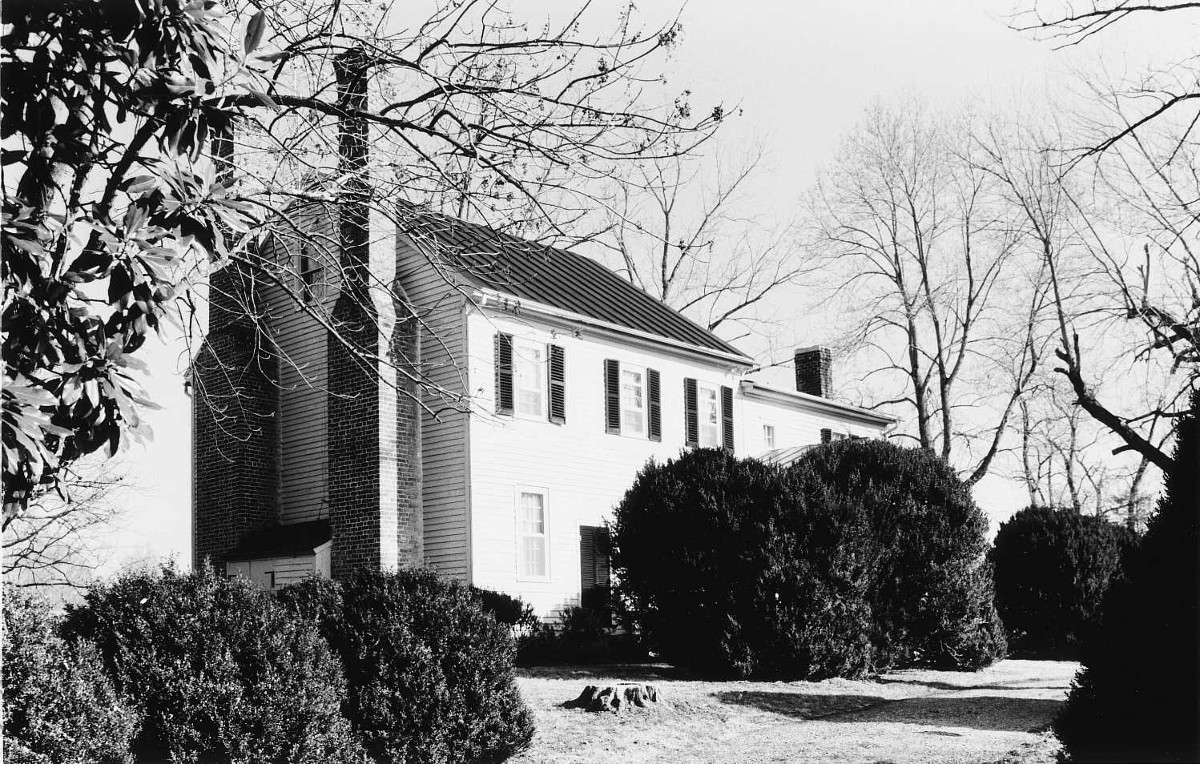 A landmark for travelers since Nicholas Johnson built its earliest section ca. 1735, this weatherboarded structure on the edge of the Green Springs Historic District is one of the state’s time-honored rural taverns. The tavern was purchased in 1761 by Johnson’s brother-in-law, John Boswell, who served as proprietor until his death in 1788. The tavern served as a headquarters for the marquis de Lafayette in 1781. British colonel Banastre Tarleton captured colonial troops here during his attempt to capture Thomas Jefferson. The marquis de Chastellux made reference to the Boswells’ hospitality in his Travels in North America in the Years 1780, 1781, and 1782. The tavern is divided into two sections: a public area containing two large public rooms, a warming room, stair hall, and bar area, and the innkeeper’s wing with a winding corner stair leading to sleeping quarters. The building is now a private residence.