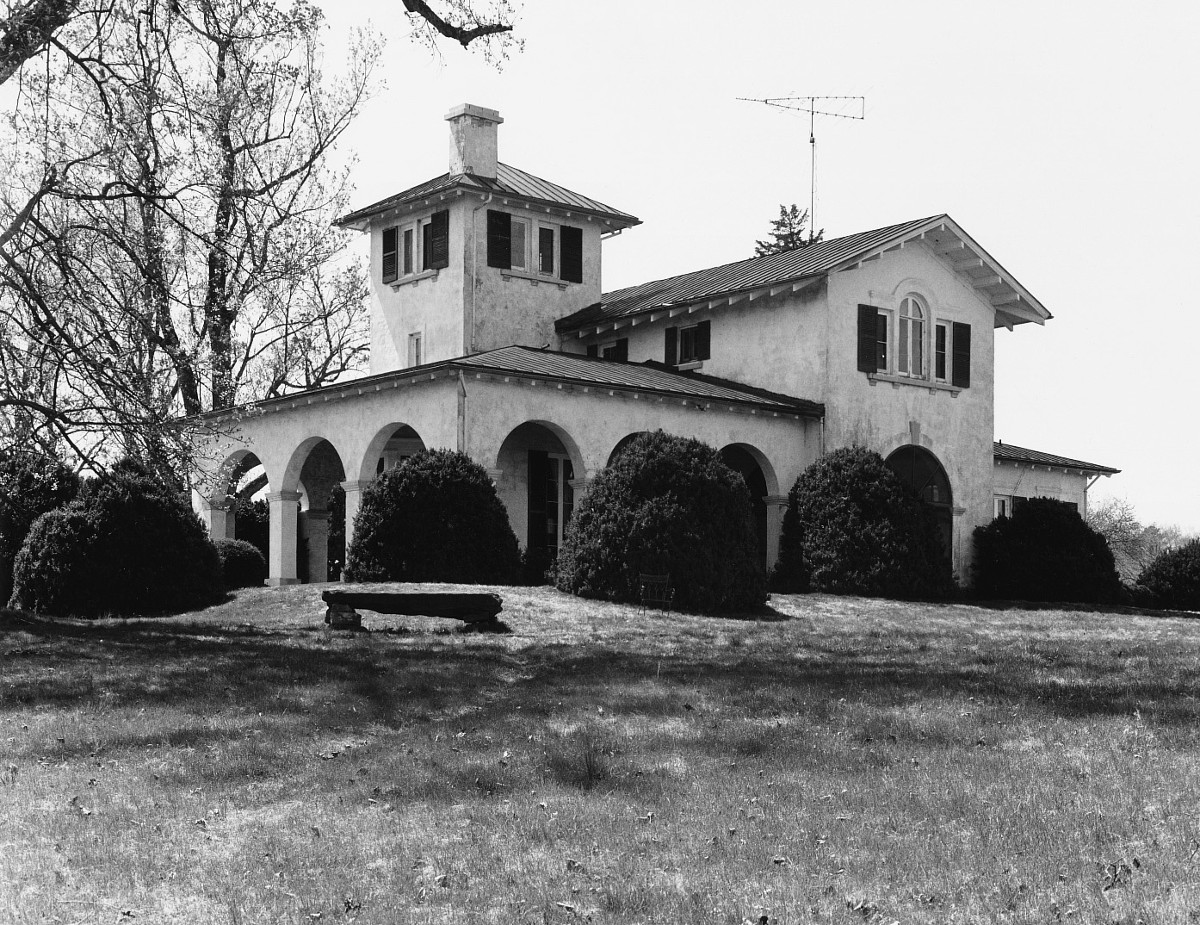 Until it was gutted by fire in 1982, Hawkwood was the best-remaining example of the Italian Villa style houses designed by New York architect Alexander Jackson Davis. Completed in 1855, the house was built for Richard Overton Morris, a wealthy planter who promoted scientific agricultural methods to restore Virginia’s depressed economy. While much of Davis’s architecture was inspired by Greek and Gothic forms, he also was a popularizer of the Italian Villa style fostered in America by his collaborator Andrew Jackson Downing. Downing wrote that with its shading eaves, verandas, and picturesque massing, the villa style was most appropriate for country houses in the South. A hallmark of the style, demonstrated in Hawkwood, is the square tower. Hawkwood’s walls and tower were spared in the fire and have since been stabilized and re-roofed. Complete restoration of the house, located in the Green Springs Rural Historic District, is contemplated.