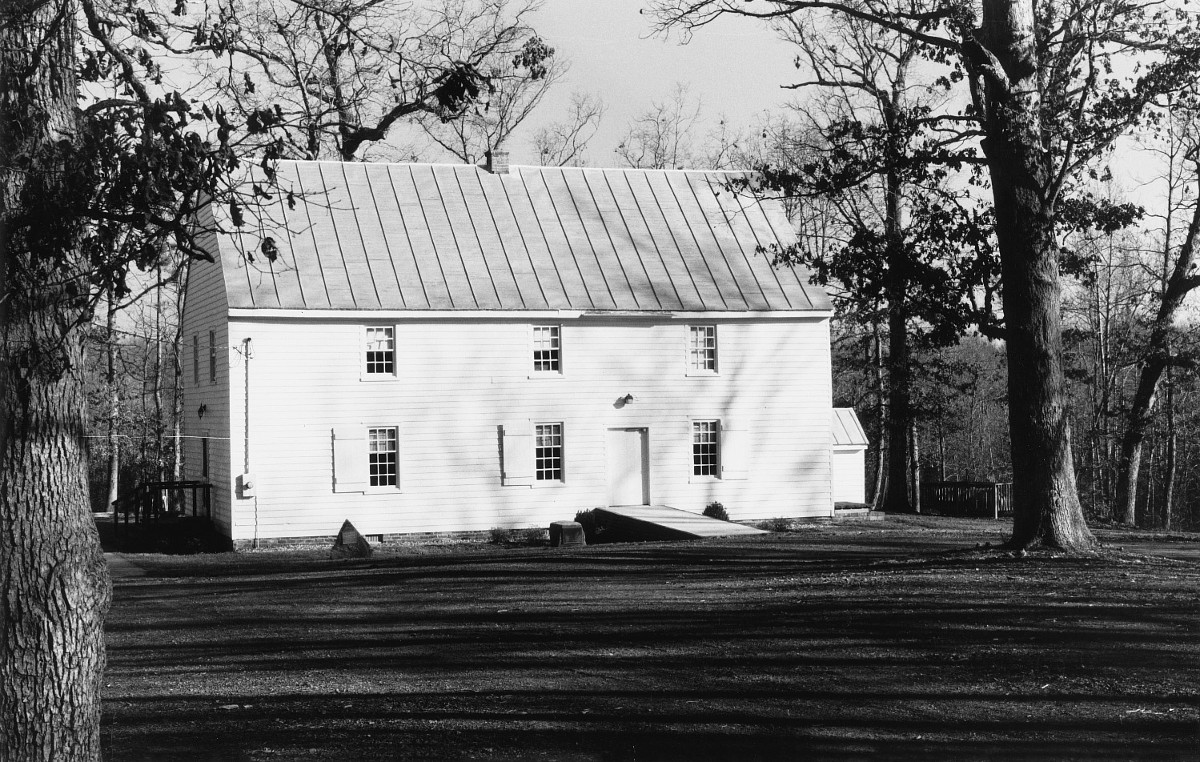 Providence Church is one of Virginia’s few remaining wood frame colonial churches and is among the first churches to be built in the central part of the state by the Presbyterians. The congregation was organized ca. 1747 under the aegis of Samuel Morris, an early dissenter; the church was put up that same year. The first minister was the Reverend Samuel Davies, the pulpit orator and founder of the Hanover Presbytery. Davies remained at Providence until 1759, when he left to assume the presidency of the College of New Jersey (later Princeton University). The severely plain weather-boarded building, in a clearing at the end of a wooded lane, has a typical early meetinghouse arrangement with side and end entrances and an original gallery extending around three sides of the interior. The English evangelist George Whitefield preached here ca. 1755.