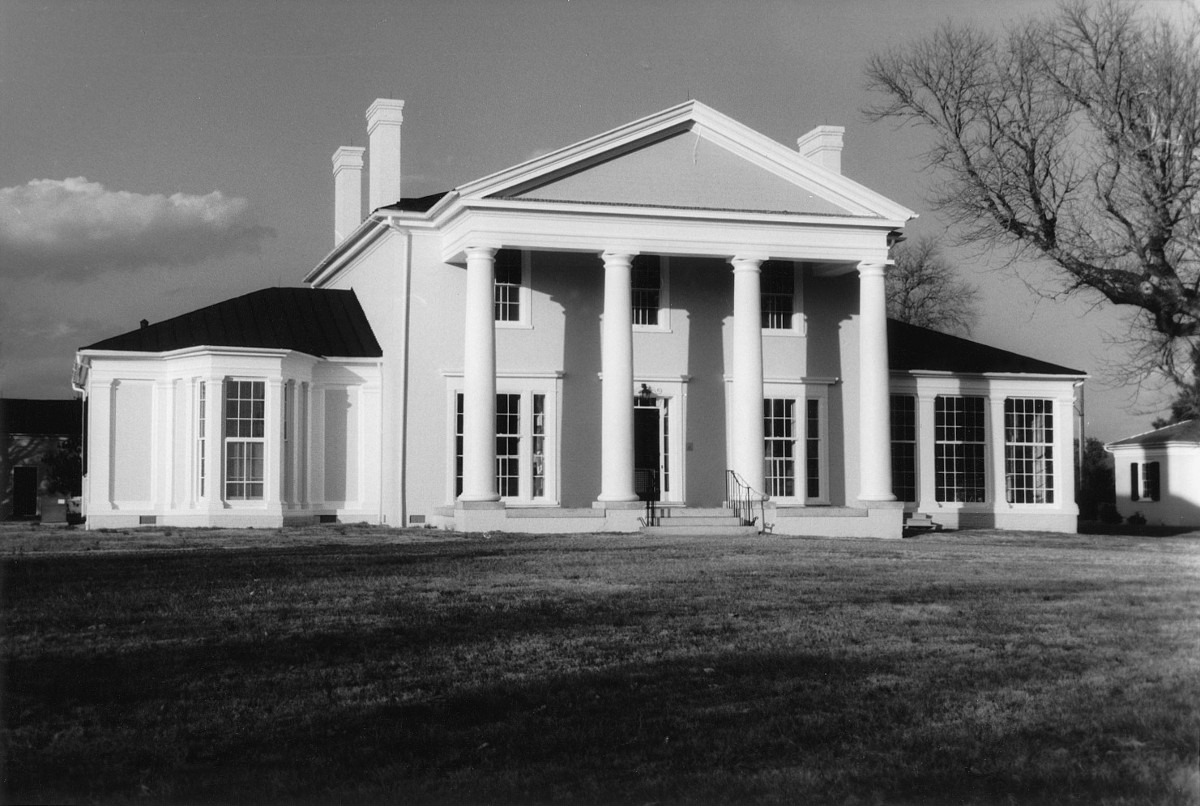 Thomas Jefferson’s vision of a prosperous agrarian republic with landowners occupying modest but sophisticated classical villas is given tangible expression at Westend, one of the landmarks of the Green Springs Historic District. Employing the Palladian format of a porticoed center section with one-story wings, a design admired by Jefferson, the house was completed in 1849 for Susan Dabney Morris Watson, widow of Dr. James Watson of Bracketts, a neighboring plantation. The contractor was James Magruder. The academic correctness of the classical details is probably due to Malcolm F. Crawford, a master carpenter who became literate in the Roman orders while employed at the University of Virginia. Both wings were originally fronted by orangeries. The house and its formally positioned outbuildings are the nucleus of a 600-acre farm. Westend remains in the ownership of Watson descendants.