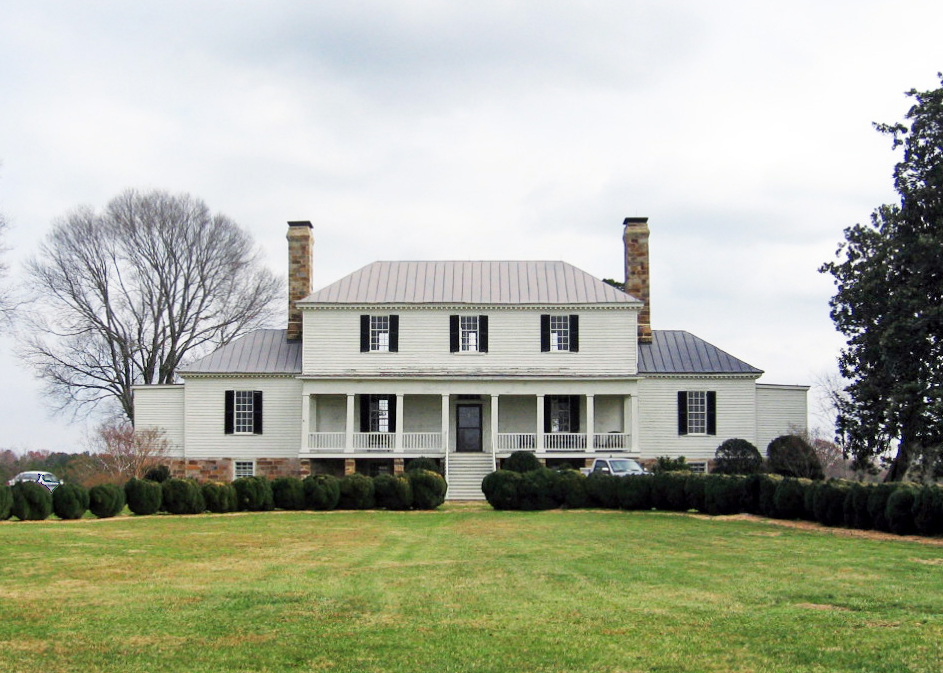 Spring Bank, known also as Ravenscroft and Magnolia Grove, was built in 1793 for John Stark Ravenscroft and his wife, Anne, a member of the Burwell and Carter families, Tidewater Virginia gentry. It has a five-part, or Palladian plan—the only such example in Lunenburg County—featuring a two-story central block and flanking one-story wings. It was the work of two well-known Lunenburg craftsmen: carpenter John Inge and mason Jacob Shelor. The property had been part of the vast landholdings of Colonel Lewis Burwell, Anne’s father, and represents early settlement in the area by one of Virginia’s oldest and most widely connected colonial families. Armistead Burwell, Anne’s grandfather, originally patented over 3,000 acres when the county was formed in 1746, 610 of which were sold to Ravenscroft for the building of the house. Ravenscroft, born in 1772 in Prince George County, attended schools in Scotland and England, and later enrolled at William and Mary, where he earned the nickname “Mad Jack.” His family had strong ties to the Anglican Church, and he would later become the first Episcopal Bishop of North Carolina, serving from 1823-30.