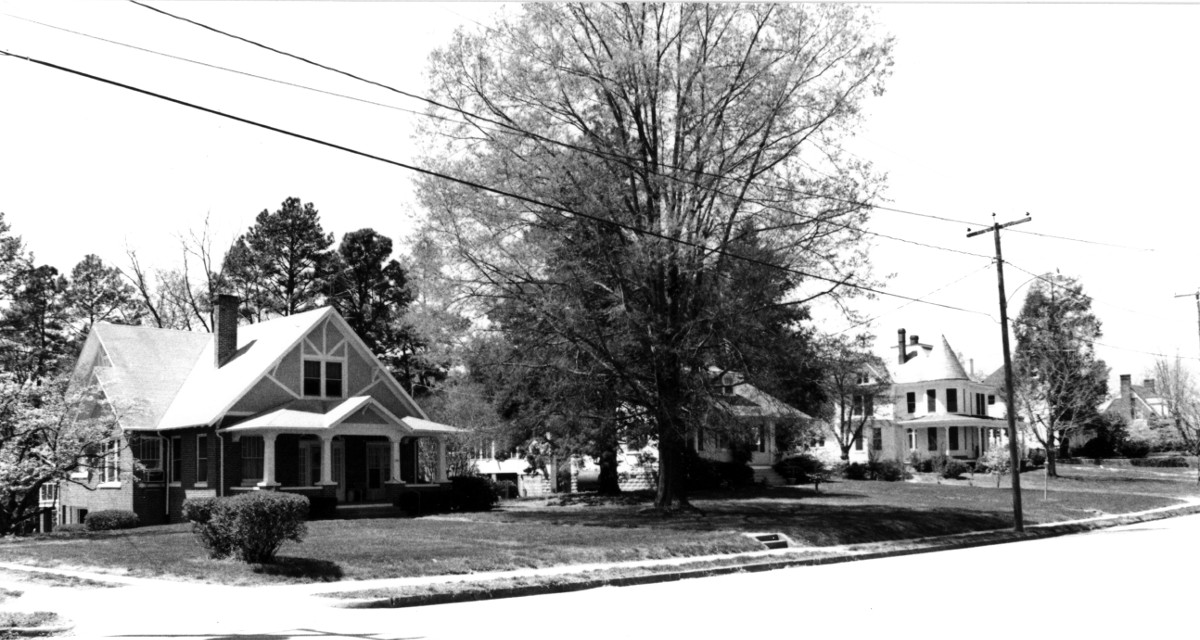 The town of Kenbridge’s Fifth Avenue Historic District is a linear, five-block, residential district, arrayed on both sides of Fifth Avenue, a wide two-lane road with concrete curbs and sidewalks. Kenbridge arose along the route of a railroad connecting the coalfields of West Virginia with the port of Norfolk. By 1910 a bank and many shops formed the downtown, and Fifth Avenue was laid out where some large houses had already been constructed for leading citizens. The houses, set back from the street on broad lawns, were constructed between 1890 and 1930 and represent a variety of architectural styles including Queen Anne, Colonial Revival, and bungalow-style. The district also includes two churches, an early hospital, and a former school building.