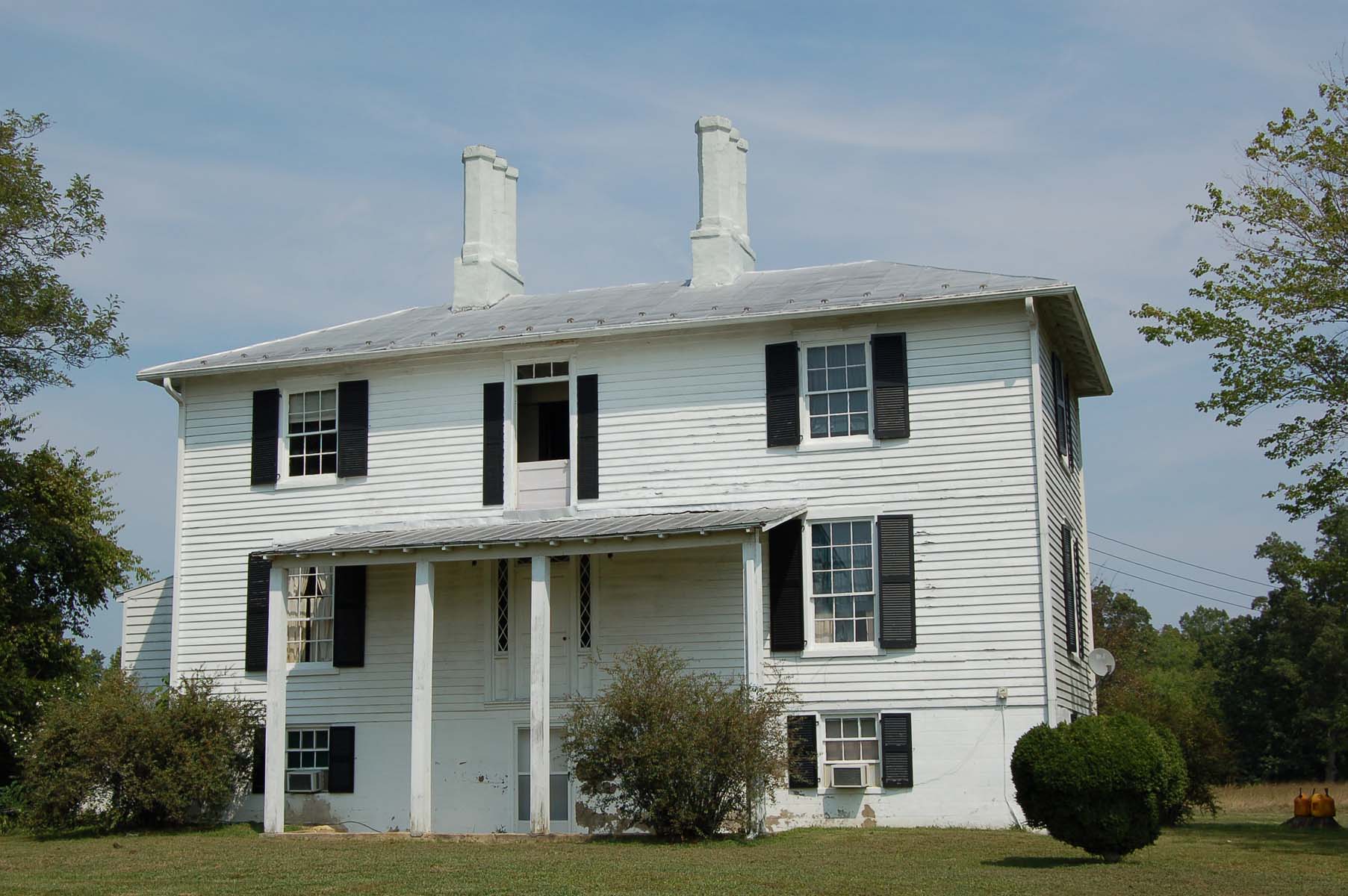 At first glance, Eubank Hall appears to consist of two buildings: an 18th-century building with a later and larger mid-19th-century addition. Upon closer inspection, however, the house and its development are more complex. The origins of Eubank Hall were humble. Built sometime during the 1790s, the original structure is a simple square dwelling, with a two-story addition in the early 19th century, and a more substantial two-story addition in 1846, giving the house its current L-shaped plan and appearance. It stands as an interesting example of period craftsmanship of the late 18th and 19th centuries, with features such as the multiple Jacobean chimney stacks. The builder of the original structure was John Eubank, an English immigrant who fought with the rebel forces in the Revolutionary War, and became a successful farmer after the war’s completion. The house and property have remained in the Eubank family since then. Eubank Hall serves as an important example of vernacular, or “folk” architecture, displaying some high-style elements adapted to the particular needs and tastes of the owners.